LAUSD Closes All Schools Tuesday Due to Terrorist Threat 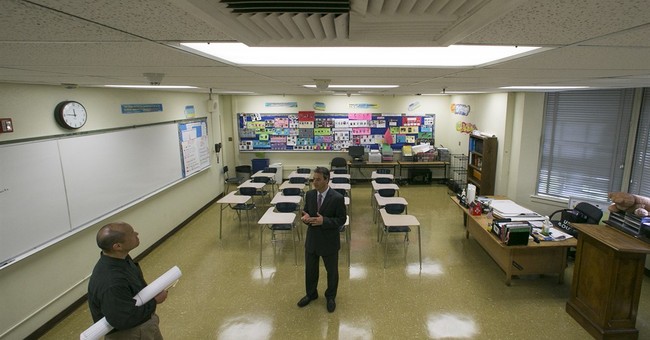 All schools in the Los Angeles Unified School District (LAUSD) are closed today, Tuesday, due to a "credible threat" of terrorism. The LAUSD is the second-largest school district in the country, and serves over 600,000 students in 900 schools.

LAPD says LAUSD received a threat of some sort & out of an abundance of caution, the superintendent shut down schools today. #LAUSD #CNN

All LAUSD schools closed after bomb threat called in to board member, police say https://t.co/zhYORR9HfF

According to CBS Los Angeles, threats were made against "many schools" and necessitated closure of the entire district.

LAUSD now says all campuses are closed today due to threats that were made to many schools. WATCH LIVE: https://t.co/K8jgoyQlS4

Buses sent to pick up children were sent back to the bus yard. Children who had already been dropped off for the day will be directed to a reunion area to be reunited with their parents or guardians.

LAUSD Board President Steve Zimmer encouraged employers to demonstrate "flexibility" with their employees, who may have to take the day off due to the school cancellation. He stressed that the move to cancel school was done out of a concern for safety of students and faculty.

On a lighter note, presumably after seeing that there's now 600,000+ people in the Los Angeles area who now have a day off from school, the official Twitter account for the Disneyland Resort tweeted the park's operating hours shortly after the LAUSD closure was announced. (A quick scan through the account's timeline shows that this is not a normal practice.)

UPDATE: NYC officials say that their school district received a similar threat, but officials concluded it was a hoax.

UPDATE II: The IP address that sent the threat was from Germany.

Report: L.A. school spokesperson says threat was sent from IP address in Germany according to @Reuters