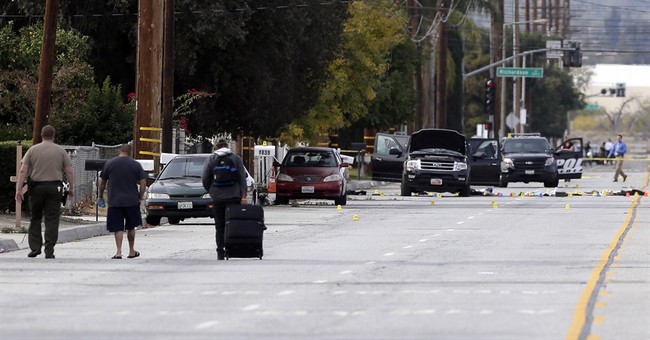 Shortly after news broke of a shooting in San Bernardino (which we now know was a terrorist attack), Twitter, Facebook, and Reddit were abuzz that the events of December 2, 2015 were the "355th mass shooting" of 2015. Obviously, this was a concerning statistic--if it were actually true.

It turns out it wasn't, and even figures on the left agree. There's been nowhere near 355 mass shootings in 2015, and according to Mother Jones editor Mark Folman, there have been exactly four.

At Mother Jones, where I work as an editor, we have compiled an in-depth, open-source database covering more than three decades of public mass shootings. By our measure, there have been four “mass shootings” this year, including the one in San Bernardino, and at least 73 such attacks since 1982.

What explains the vastly different count? The answer is that there is no official definition for “mass shooting.” Almost all of the gun crimes behind the much larger statistic are less lethal and bear little relevance to the type of public mass murder we have just witnessed again. Including them in the same breath suggests that

While all the victims are important, conflating those many other crimes with indiscriminate slaughter in public venues obscures our understanding of this complicated and growing problem. Everyone is desperate to know why these attacks happen and how we might stop them — and we can’t know, unless we collect and focus on useful data that filter out the noise.

As it turns out, the "355" number comes from an anti-gun subreddit and includes a far broader definition of "mass shooting" than the one used by either the FBI or groups like Mother Jones.

The statistics now being highlighted in the news come primarily fromshootingtracker.com, a website built by members of a Reddit forum supporting gun control called GunsAreCool. That site aggregates news stories about shooting incidents — of any kind — in which four or more people are reported to have been either injured or killed.

It’s not clear why the Redditors use this much broader criteria. The founder of the “shooting tracker” project, who currently goes by the handle “Billy Speed,” told me it was his choice: “Three years ago I decided, all by myself, to change the United States’ definition of mass shooting.” It’s also not clear how many of those stories — many of them from local outlets, including scant detail — are accurate.

Events like the attack in San Bernardino on Wednesday or the shooting at Umpqua Community College in October are thankfully very rare. It's important to remember this and it's also important to ensure that statistics are accurate.