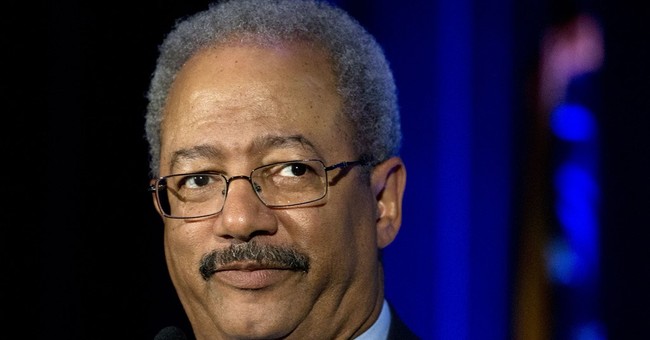 Rep. Chaka Fattah (D-PA) was indicted on racketeering charges earlier today. He was charged with 29 charges. He is accused of, among other things, illegally using campaign contributions, bribery, and stealing charitable funds.

The Philadelphia Democrat, who was first elected to Congress in 1994 and served on the influential House Appropriations Committee, faces 29 charges, many stemming from his 2007 campaign for mayor.

The 85-page indictment accuses Fattah and four associates of devising a series of schemes to conceal how money was borrowed and repaid, falsifying documents in the process.

"As charged in the indictment, Congressman Fattah and his associates embarked on a wide-ranging conspiracy involving bribery, concealment of unlawful campaign contributions and theft of charitable and federal funds to advance their own personal interests," Assistant Attorney General Leslie R. Caldwell said in a statement.

Fattah has served in the House of Representatives since 1995. He ran unsuccessfully for mayor of Philadelphia in 2007. Fattah has consistently been re-elected with large majorities.

Rep. Nancy Pelosi (D-CA) announced that in light of the indictment, Fattah will be resigning from his position as Ranking Member on the House CJS Appropriations Subcommittee.