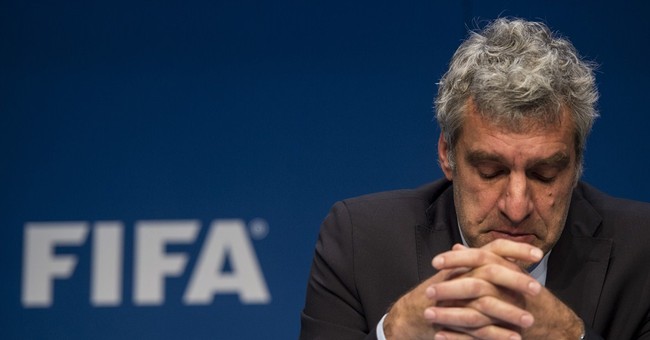 It seems that to donate to the Clinton Foundation, one must be a modern-day super villain.

FIFA officials allegedly accepted bribes to chose Qatar as the host of the 2022 World Cup. Qatar has come under numerous human rights abuse accusations due to the high death toll of workers constructing the stadia to host the games. Qatar's harsh summer climate has also necessitated adjusting the game schedule to winter, not summer.

FIFA has continually said that there will not be a re-vote for the 2018 and 2022 World Cup bids. The 2018 World Cup was awarded to Russia.

Corruption and FIFA have a long history together.

Is there anyone the Clinton Foundation wouldn't accept money from?

CNN anchor: What is it with Democrat leaders and COVID-19 hypocrisy?
Hotair
'Sassy' GOP Dominion IT Contract Worker Goes OFF on Dems at Michigan Hearing: 'The Whole 27 Hours Not One Single Ballot for Donald Trump!'
Redstate