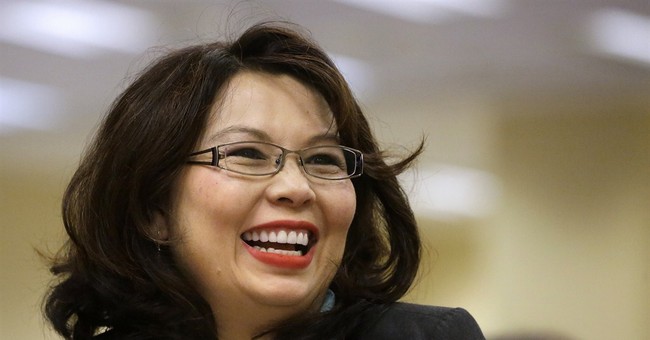 The Chicago Sun Times had the exclusive:

On Monday evening, Duckworth will gather some of her top donors at a home in the Hancock Center to discuss securing the Democratic nomination to run against Sen. Mark Kirk, R-Ill., who is seeking a second term.

In the letter to her best fundraisers about the Hancock meeting, they were told “contributions are encouraged but not required. We realize it is early in the election cycle, but we are asking our top supporters to consider a donation. The maximum an individual can give before March is $5,400. If Tammy decides to not to run for Senate, we will offer you a refund. If she does run, this support will be key in keeping up with Senator Kirk’s $2 million and counting campaign war-chest.”

Duckworth is a new mother to a daughter, Abigail, and recently returned to Congress following maternity leave. Prior to Abigail's birth, a minor controversy erupted over Rep. Nancy Pelosi's refusal to let Duckworth (who was on bed rest) vote by proxy.