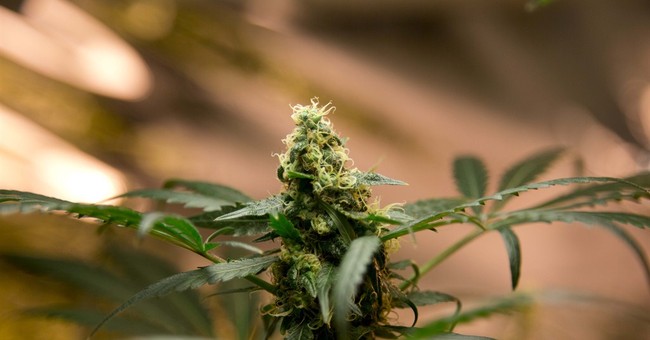 A bill to legalize medical marijuana nationwide has been introduced in the House of Representatives as a bipartisan effort between Reps. Steve Cohen (D-TN) and Don Young (R-AK). Marijuana is already legal for medicinal use in nearly half of the 50 states, plus the District of Columbia. Most states with legal medicinal marijuana limit its prescription to people with certain illnesses, such as glaucoma, cancer, or seizure disorders.

Cohen and Rep. Don Young, R-Alaska, unveiled a bill on Tuesday that would reclassify marijuana as a Schedule II narcotic, recognizing some appropriate medical uses for the drug. Marijuana is legal for medical use in 23 states and the District of Columbia, but the federal government currently classifies pot as a Schedule I narcotic with no apparent medical utility.

The reclassification would have a variety of effects on how the federal government enforces marijuana laws. It would allow states to set their own medical marijuana statutes free of federal interference, allow medical marijuana dispensaries to access the banking system, and allow doctors at government agencies like the Department of Veterans Affairs to prescribe medical marijuana in states where it's permitted. It could also jumpstart research into the drug's medical uses.

Meanwhile, it is virtually impossible to overdose on marijuana.

The classification of marijuana as a Schedule I drug is only hurting those who would possibly benefit medically from its effects. A strain of cannabis known as "Charlotte's Web" is extremely effective in treating epilepsy in children. The strain is named after Charlotte Figi, a child with Dravet Syndrome, who saw her seizures reduce in number from over a thousand a month to just three in eight months after she began ingesting a few drops of oil from the plant each day. The strain has a very low amount of THC, meaning that it does not cause a psychoactive "high" typically associated with marijuana consumption. While Charlotte's Web has been regarded as somewhat of a miracle cure for some patients with epilepsy, it is only available to patients who reside in a state that permits medical marijuana. A reclassification of the drug would open up research opportunities, and could help discover additional treatment options for various illnesses.

Despite the fact that more than eight out of ten Americans support medical marijuana, the Senate version of this bill is facing some serious obstacles.

It's clear that the classification of marijuana as a Schedule I narcotic is a grave error, and it's absurd that the drug is considered by the federal government to be as dangerous as heroin yet somehow less dangerous than meth. A civilized society wouldn't deny an epilepsy patient access to a potentially life-changing treatment because they happened to live in the wrong state. This bill should pass.