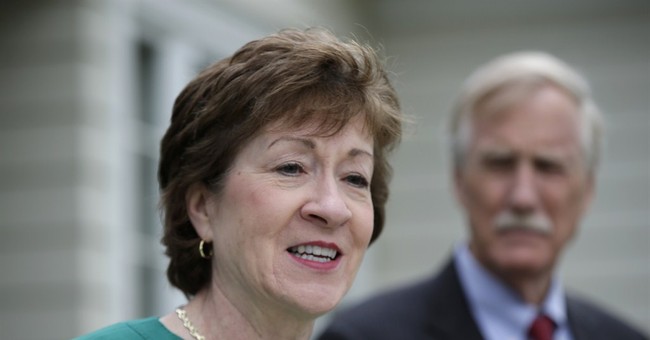 A new poll by Fusion dubbed the "Massive Millennial Poll" has some findings that are cause for concern: namely, roughly three-quarters of people aged 18-34 are unable to name their home state's senator.

Oh, it gets worse. My among people in my generation aged between 18 and 24, only 18 percent were capable of naming a senator from their home state. (For the record, both myself and my 20-year-old brother are able to name Maine's senators.) Further, only 16 percent of Latino and 10 percent of African-American millennials were able to name a senator from their home state.

Some interesting findings in the demographic breakdowns: more men (25 percent) than women (20 percent) were able to correctly name at least one of their senators. However, they were also more likely to guess and take a 50-50 shot at getting it right — women were more likely than men to say they “don’t know” rather than give an incorrect response.

Meanwhile, certain demographic groups within the survey earned a particularly low grade. Just 18 percent of 18- to 24-year-olds, 16 percent of Latinos, and 10 percent of African-Americans could correctly identify one of their senators. However, whites were significantly more likely to guess than to say they didn’t know.

This is really, really bad. Millennials have access to more information and technology than any generation, ever, yet apparently large percentages of my generation remain ignorant of who is creating laws and representing them in Congress. It's important to be an informed citizen and a responsible voter. According to the poll, 88 percent of millennial men and 95 percent of millennial women plan to vote in the 2016 election. Let's hope that they figure out the names of their Congressional representation by then.