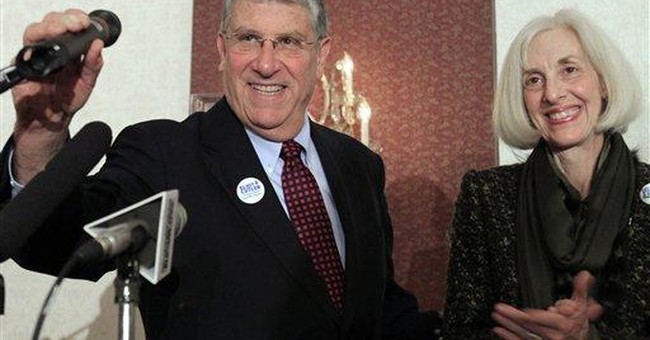 The #MePolitics hashtag on Twitter was abuzz this morning when Eliot Cutler (I) announced an incredibly vague press conference at his campaign headquarters at 10:30 a.m. EST. Speculation abounded that Cutler, who has thus far failed to acquire the same momentum that nearly won him the governorship in 2010, would be dropping out of the race. However, this was not the case as Cutler merely announced that he is staying in the race, but basically "released" his supporters to vote for other candidates. Cutler said that voters should "vote based on their conscience" and are free to vote for any candidate.

People on both sides of the aisle did not react well to essentially being trolled:

Weird #MEgov presser. Eliot Cutler is NOT dropping out, but it's almost like he's "releasing" his supporters. Like at national convention.

So basically Eliot Cutler's "major announcement" is that there is no announcement. https://t.co/yaA90K0nF8

lol what RT @thisdog: @EliotCutler says his supporters are free to vote for another candidate if they think he can't win

So cutler isn't dropping out, just kinda giving up? #mepolitics

Perhaps the best reaction was this:

Damn. I thought Elliot Cutler was going to do the Ice Bucket Challenge. #mepolitics

Hold on tight, kids. Next Tuesday is going to be one hell of a ride.