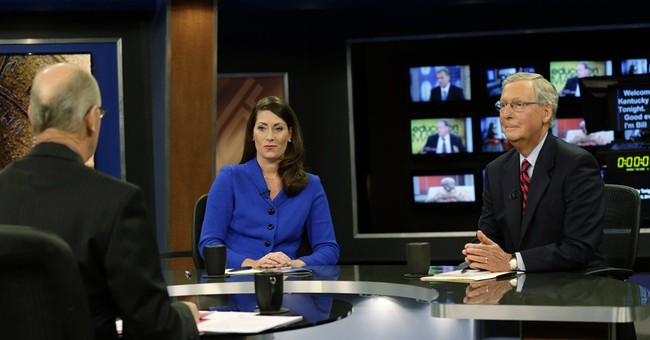 After a significant investment in support of Kentucky Secretary of State Alison Lundergan Grimes, the DSCC had not reserved time for the final three weeks of the race and, as of today, is no longer on the air.

“The DSCC has now spent more than 2 million in Kentucky and continues to make targeted investments in the ground game while monitoring the race for future investments, but is currently not on the air in the state,” a DSCC official told CQ Roll Call.

The DSCC is shifting money to Georgia.

A Courier-Journal/Survey USA poll two weeks ago showed Grimes with a two-point lead, but subsequent polls have revealed that poll is likely a statistical outlier. Grimes generated a small controversy when she twice wouldn't admit to voting for Barack Obama. Chuck Todd, host of "Meet the Press," even went as far as to say that Grimes effectively disqualified herself from the race with the non-answers. Apparently the DSCC agrees.