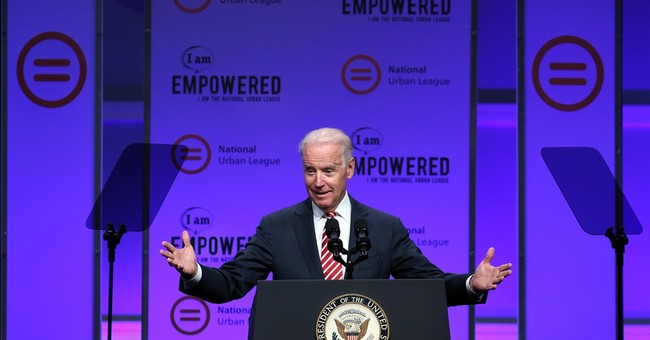 Speaking today at the U.S.-Africa Leaders Summit, Vice President Joe Biden committed a minor gaffe when he spoke about the "nation of Africa" and its economic potential.

Africa, of course, is a continent consisting of 55 states, not a singular entity.

Biden, speaking to 40 African leaders, referred to the "nation of Africa" ... um... #bidenisms via @m_danylak

It is unknown if Biden gets geography lessons from actress Molly Ringwald.