BREAKING: 2016 Republican National Convention To Be Held in Cleveland 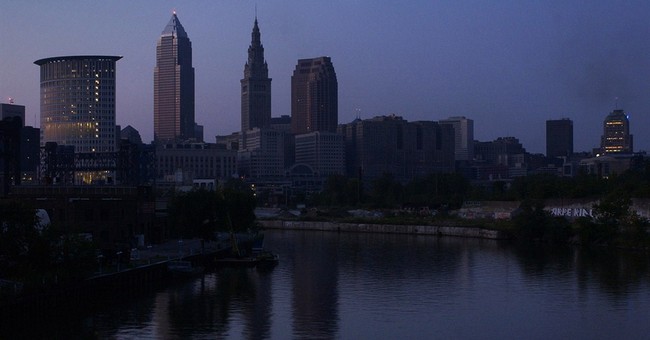 “It’s my honor to announce Cleveland as the Site Selection Committee’s recommendation to host the 2016 Republican National Convention,” said Mickelsen. “Cleveland is a phenomenal city, and I can’t think of a better place to showcase our party and our nominee in 2016. This committee was tasked with difficult decisions and was presented with several strong options to host our convention. I’m confident Cleveland is the right pick for our next national convention. Cleveland has demonstrated they have the commitment, energy, and terrific facilities to help us deliver a history-making Republican convention.

Cleveland's win was considered to be somewhat of an upset, as many figured that Dallas would be a no-brainer for the GOP convention.

NOT HAPPY: RNC picks Cleveland over Dallas for 2016 convention!

@GOP NOOOoooooo seriously. Cleveland over Dallas. What. Are. You. Thinking?

So it’s official. The @GOP picks #Cleveland for #2016. I was pulling for Dallas.

The Republicans have not won the state that hosted the convention since 1992. The 2012 RNC was in Tampa, Fla., and was marred by severe weather issues.