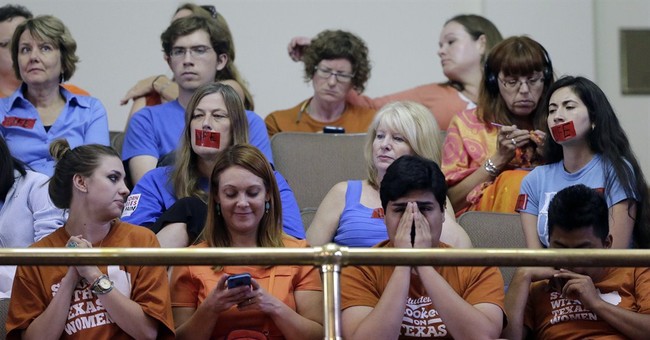 Last July, Texas lawmakers passed a bill that banned abortions after 20 weeks gestation, required doctors to have admitting privileges at nearby hospitals, required clinics to have certain safety standards, and ensured that only doctors distributed RU-486, an abortion pill. The law underwent a series of legal challenges, about the laws constitutionality, but today, in a pro-life victory, a US appeals court upheld these new restrictions on abortion.

A federal appeals court on Thursday upheld Texas' tough new abortion restrictions that shuttered many of the abortions clinics in the state.

A panel of judges at the New Orleans-based 5th Circuit Court of Appeals overturned a lower court judge who said the rules violate the U.S. Constitution and served no medical purpose. In its opinion, the appeals court said the law "on its face does not impose an undue burden on the life and health of a woman."

Wendy Davis, the Democratic gubernatorial candidate in Texas, first rose to national prominence during her 11-hour filibuster against the bill.