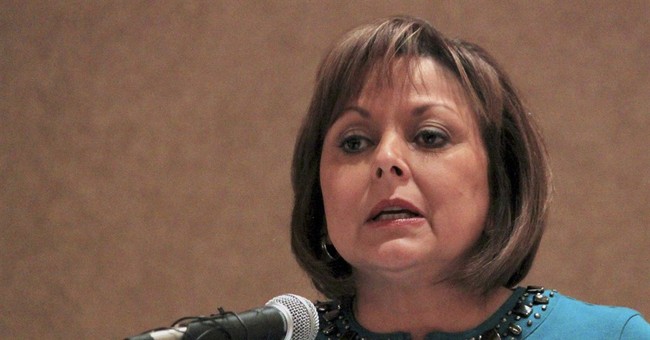 In light of recent court decisions regarding bakeries and photographers, this story is beginning to make the rounds once again: New Mexico Gov. Susana Martinez was dropped from her gay hairdresser's client list in 2012 due to her stance against same-sex marriage.

Darden told a local news station that he cut the governor’s hair three times, but won’t do it again as long as she continues to oppose gay marriage.

“The governor’s aides called not too long ago, wanting another appointment to come in,” he told KOB-TV. “Because of her stances and her views on this, I told her aides no. They called the next day, asking if I’d changed my mind about taking the governor in and I said no.”

Martinez isn't the only person to be subjected to a refusal of services due to her beliefs about marriage. Alan Sears, the CEO and lawyer for Alliance Defending Freedom, a conservative group against gay marriage, was turned down by a photographer who refused to shoot a Christmas card for his family due to his anti-gay marriage stance.

Six months ago, a Southern California photographer turned him down flat when he asked her to take a Christmas card photo of his family, explaining in an email, “I oppose the goals and objectives of your organization and have no interest in working on its behalf.”

That was fine with Mr. Sears, CEO and general counsel of the conservative Alliance Defending Freedom, who is leading the legal battle on behalf of photographers, florists, cake decorators and others sued for refusing to create products for same-sex weddings.

Like Sears, I am fine with these decisions by private businesses. I'd rather the hairdresser refuse to cut Martinez's hair then give her a terrible haircut out of spite, or a photographer refuse to take photos than produce a sub-par blurry shot. There has to be thousands of other hairstylists in New Mexico or photographers in California—and it's perfectly okay to refuse this particular client. If Darden doesn't want Martinez's money, or the photographer doesn't want Sears', those are their personal choices.