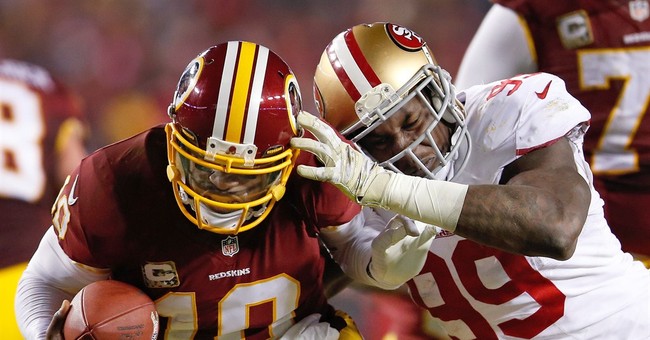 In what is clearly the most pressing human right's issue of our time, Ivan Šimonovic, the assistant secretary-general for human rights at the United Nations, has met with leaders from the Oneida Indian Nation to discuss their campaign against the Washington Redskins' mascot choice.

The UN has no jursidiction over the NFL, of course, but its Human Rights Council has gotten involved in trying to fix racism in sports, including FIFA and other soccer organizations. “This particular case could be of interest to a number of UN human rights mechanisms,” a spokesperson for the Human Rights Council told USA Today.

Since last September, the Oneidas have sponsored advertisements calling on the Redskins to drop their name, which is defined by most dictionaries as derogatory, staged rallies outside NFL games, and held meetings with high-ranking NFL executives, though not Commissioner Roger Goodell.

Right now, Iran executes people for being gay, North Korea has an extensive and horrific labor camp system, and Christians are regularly being slaughtered in parts of Africa. These are actual human rights violations. The Redskins mascot has committed exactly zero executions, murders, etc. In addition, sizable percentages of Native Americans polled have labeled the name as acceptable.

The United Nations should not meddle with the affairs of American sports leagues and should instead look to solve various other world problems.