Pope Francis Tweets Support for March for Life from the Vatican 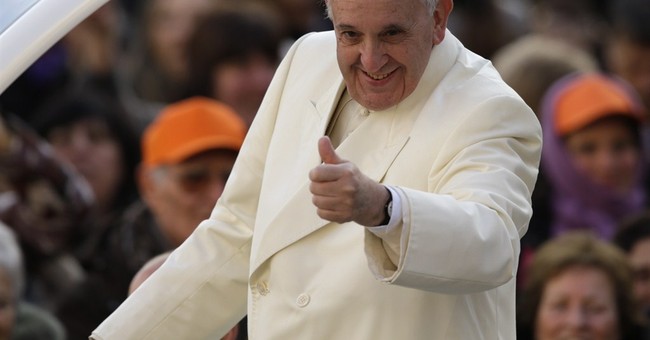 This should clear up any questions regarding Pope Francis' views on abortion:

I join the March for Life in Washington with my prayers. May God help us respect all life, especially the most vulnerable

The Bishop of Rome tweeted his support three hours before the march is set to begin. The March for Life is an annual peaceful protest against abortion that spans from the National Mall to the Supreme Court building. The March for Life has occurred every year since 1974.

While the event is not officially Catholic, a sizable percentage of attendees are. This year, March for Life organizers have taken aggressive action to recruit people who are pro-life and not Catholic to come to the march.

In late 2013, the Pontiff sparked controversy when he said that the Church should not emphasize abortion teaching. These comments even sparked a "thank you" Facebook graphic from NARAL, a pro-abortion organization. This tweet, however, should dispel any notion that the Vicar of Christ supports abortion.