Pro-Choice Group "Thanks" Pope Francis A Bit Too Early 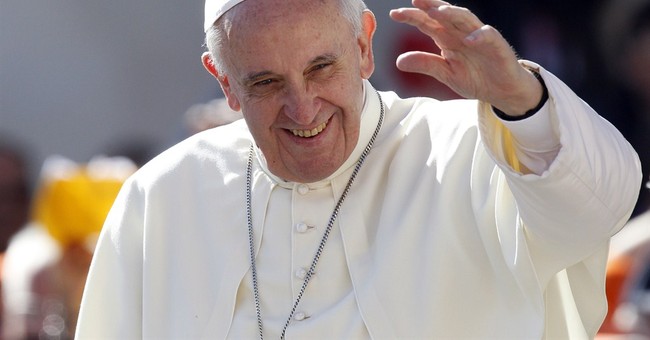 Following Pope Francis’ widely-publicized interview, the media took liberties with the interpretation of some things that the Bishop of Rome said. Pope Francis said the Church should not “emphasize” teachings about abortion, contraception, and gay marriage, and instead focus on other topics within the doctrine of the Church.

Liberal groups rejoiced, with NARAL Pro-Choice America even posting a “thank you” note to the pontiff on its Facebook page. It now appears that NARAL was slightly premature with their praise of the Pope.

On Friday, Pope Francis issued a statement during an audience with Catholic gynecologists reaffirming the Church’s anti-abortion stance, and urged those in the audience to listen to their consciences and to bring lives into the world.

While Pope Francis is lavished by the mainstream media as revolutionizing the Church into the modern era, he has not actually changed any part of Church doctrine, and has echoed many of the talking points of his predecessor, Pope Emeritus Benedict XVI.Lumen Fidei, the first encyclical released by Pope Francis, was started and mostly written by Pope Benedict XVI—indicating that the two have very similar views on the Church.

NARAL has not removed the image from their Facebook page.