Slate Writer Decides Santa Claus Should Be a Penguin 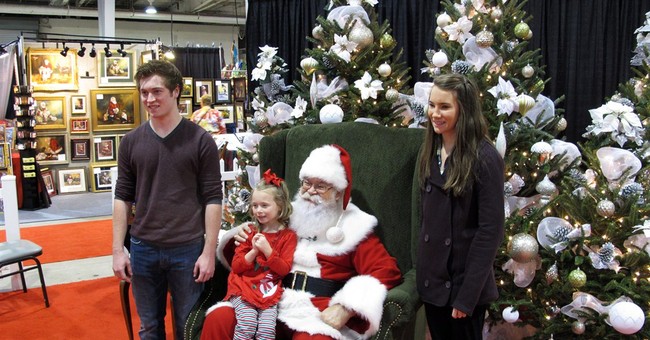 Aisha Harris, a writer for Slate has decided that it's a bad thing that Santa Claus is mostly portrayed as being a jolly white male. The Santa figures in her house growing up, she explains, had darker skin like she did, but the Santas elsewhere were white. In Harris' world, this is a travesty, so she's come up with a genius idea: transform Santa into an adorable penguin figure wearing a Santa hat and coat.

According to Harris, the fact that Santa Claus is white has caused undue amounts of "insecurity and shame" among minority children. Hence, penguin Santa.

St. Nicholas, whom the modern day "Santa Claus" was based upon, was a real person. He was Greek and born in what is now roughly Turkey. He did not have an African or Asian complexion. He, among other things, encouraged giving to the needy and once punched a heretic. It makes sense that Santa Claus is primarily portrayed as a white human male because, well, St. Nicholas was a white, human male.

It is absurd to edit the ethnicity of a historical figure simply to appease others, regardless of who the figure was. While penguins are certainly plenty cute, they're not an appropriate substitute for the image of St. Nicholas.