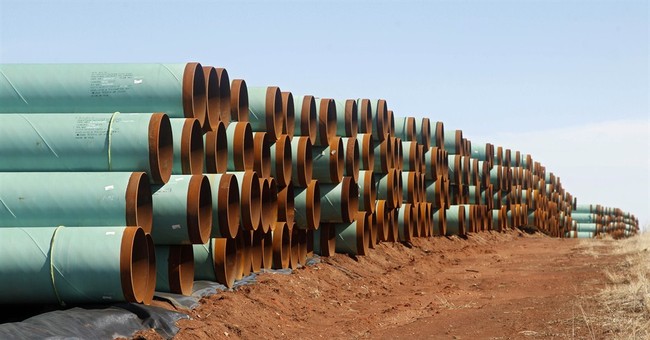 According to a recent Pew Research Center poll, nearly two thirds of the American population supports the construction of the Keystone XL pipeline, despite President Obama’s continued requests that the pipeline not be built.

The Keystone XL Pipeline is a proposed extension of the existing Keystone Pipeline System that runs from Canada to the United States. Currently, the pipeline runs from Hardisty, Alberta to Cushing, Oklahoma and Patoka, IL. The proposed extension would run to the Gulf Coast, and a separate pipeline would run from Hardisty to Steele City, Nebraska—but cutting diagonally through Montana and South Dakota.

While President Obama has been firm in his opposition to the Keystone XL pipeline; slightly more than half of Democrats surveyed supported building the pipeline.

The national survey by the Pew Research Center, conducted Sept. 4-8 among 1,506 adults, finds that, as with other energy-related issues, there is a sharp partisan divide on the Keystone pipeline. But while an overwhelming majority of Republicans (82%) favor construction of the pipeline, so too do 64% of independents and about half of Democrats (51%).

Proponents of the pipeline claim that it will create over 2,000 jobs.