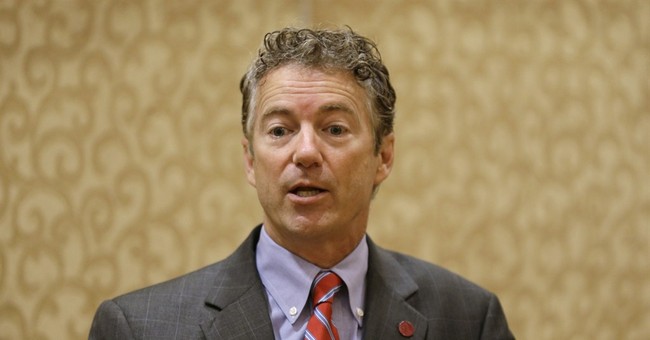 In most states, people convicted of felonies are not permitted to vote for a certain period of time following their crimes, if they are ever allowed to vote again at all. If Kentucky Senator Rand Paul has his way, convicted felons would have an easier time returning to the voter rolls.

Speaking at a community center in western Louisville, Paul said laws should be changed to make it easier for felons to regain their rights to vote at both the state and federal levels.

Short of that, he suggested that “Class D” felonies for crimes like drug possession and non-payment of child support should be reclassified to misdemeanors so those who are convicted wouldn’t lose their voting rights in the first place.

Paul said a third of adult black men are convicted felons and that restoring their voting rights is the most important thing government can do to make sure people’s voting rights are protected.

Sen. Paul has been noted for his stances against mandatory minimum sentences for certain crimes. A poll in Kentucky has shown that people generally approve of restoring the vote to felons by a large majority.