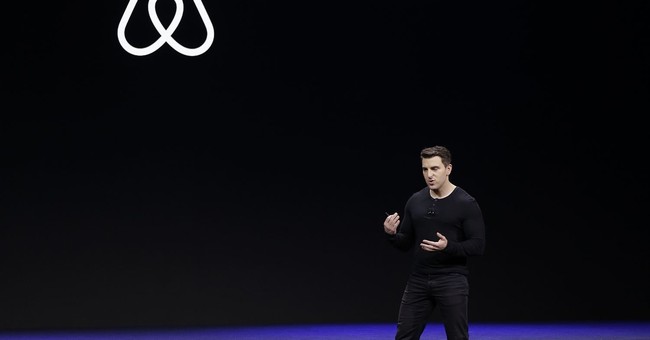 According to a Monday morning press release from Airbnb, the self-proclaimed “world’s largest community driven hospitality company” is now removing roughly 200 Jewish listings located in the “occupied West Bank” because, after listening to “various experts — including those who have criticized our previous approach,” Airbnb no longer wants to do business in a “disputed region.”

In spite of their purported aversion to making money from “disputed regions,” Airbnb continues to list Palestinian-owned properties in the West Bank for rental or lease. Moreover, Airbnb still allows for listings in other disputed territories, including some where inhabitants have been subjected to ethnic cleansing. These include, but are not limited to, Chinese-occupied Tibet, Turkish-occupied Northern Cyprus (confusingly, many properties listed here are not actually in Northern Cyprus, but several definitely are), Russian-backed Abkhazia, Nagorno-Karabakh (disputed between Armenia and Azerbaijan), and Transnistria.

For the moment, none of the above listings violate Airbnb’s new framework described in its press release for determining when Airbnb should delist properties:

As a global platform operating in 191 countries and regions and more than 81,000 cities, we must consider the impact we have and act responsibly. Accordingly, we have developed a framework for evaluating how we should treat listings in occupied territories. When evaluating these types of situations, we will:

Airbnb’s press release studiously avoids making explicit how using this framework resulted in the company delisting Jewish homes in the West Bank. However, based on the document’s language about not wanting to “profit on lands where people have been displaced,” it appears that criterion number four was of critical, if not singular, importance in the company’s decision. If this is indeed the case, then Airbnb is officially accusing Israeli Jews of “contributing to existing human suffering” via their settlement policies.

In addition to Jewish settlements in the West Bank, Airbnb has in the recent past systematically delisted properties in Russian-occupied Crimea (which has been under dispute between Ukraine and Russia since 2014), Iran, Syria, and North Korea. According to Airbnb’s website, these restrictions were made “to comply with international regulations that restrict the use of our site by residents of certain countries” and are not related to the company’s newly announced “disputed region” policy.

Airbnb’s Monday press release can be found at this link.