CNN's Chris Cuomo Spreads Fake News: 'No One Calling for 2A Repeal' 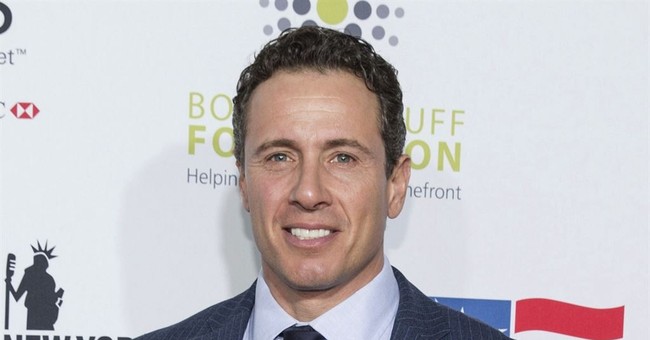 On Wednesday morning, CNN anchor Chris Cuomo falsely claimed on his official Twitter page that “no one” is calling for repealing the Second Amendment.

Cuomo made his comments in response to a Twitter user who argued that the “far right want abortion stopped and [the] far left want guns banned and [the] 2nd amendment repealed.” The user also called for journalists to put aside their political biases and “do their jobs.”

Cuomo was severely triggered by the user’s tweet, replying:

this is a lot of bunk. no one calling for 2A repeal. stop with the bogeymen. we need to stop the shootings and have a rational conversation about what can be done. https://t.co/P2MYoY4EtO

A horde of blue checkmarks and small accounts alike immediately joined forces to take Cuomo to task for his blatant lie, citing dozens of examples of gun control advocates pushing for a repeal of the Second Amendment.

Many pointed to former Supreme Court Justice John Paul Stevens’s Tuesday op-ed for the New York Times, which was simply titled “John Paul Stevens: Repeal the Second Amendment,” but other examples were brought up as well:

Calls for 2A repeal in writing since Mon:

Instead of apologizing for spreading easily disprovable falsehoods, Cuomo doubled down. In response to multiple users who mocked him, the CNN anchor began to shift the goalposts and pretend that his detractors were trying to "scare" people with false claims about an imminent repeal of the Second Amendment:

he is a retired justice who was talking about ways to get quick legal change on access to weapons. he is not an elected official or part of any effort to repeal 2A. it is a bogeyman to keep people scared and as such resistant to ways to stop the shootings. https://t.co/GpHXVwjcjf

if your case for fears of 2a repeal rest on on an op ed from a retired justice, you have no case. read the context and realize it is another bogeyman by you guys who want fear to inhibit change. we need to stop the shootings, right? https://t.co/itkbc7eWjR

We should all be on the same side: finding ways to reduce shootings. Culture, mental health detection and treatment, hardening targets, controlling access to weapons...it all matters. And one op-ed does not define a movement. Stop scaring people and push for progress. https://t.co/onH3ETByyj

Any suggestion that the 2A is under real threat of a repeal is absurd. The political will is not there and the process of repealing an amendment is onerous. Look at what it takes and when it last happened. These gotcha and bogeyman tactics only increase intensity of division. https://t.co/lUsJIjsijB

Of course, Cuomo's original claim was not that a repeal of the Second Amendment was unlikely (which it is, at least for now), but that "no one" was calling for it, which is patently untrue.

So much for "Facts First."