NAACP President Advocates for ‘Freedom’ To Confiscate Your Guns 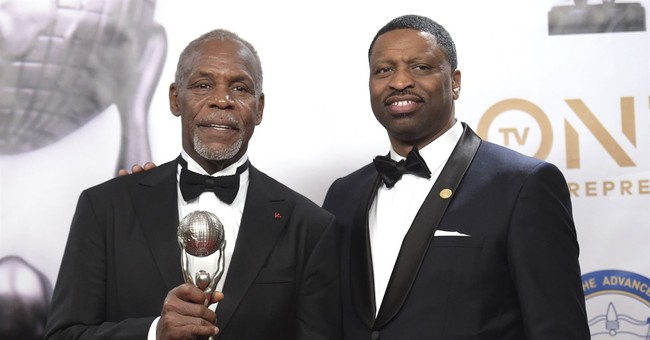 As a reaction to the Parkland, Florida school shooting last month, NAACP President and CEO Derrick Johnson published an opinion piece on Monday for Black Press USA calling for Congress to enact an Australia-style gun confiscation program and a complete ban on “military-style, semi-automatic assault guns":

Given the disproportionate damage gun violence is having on our communities, the NAACP has advocated for sane, sensible laws, to help eliminate or at least to decrease the damage and death caused by gun violence. Requiring universal background checks on all gun sales and transfers, banning military-style, semi-automatic assault guns, enacting tough, new criminal penalties for straw purchasers and gun traffickers, and allowing the Center for Disease Control to research gun violence as a major public health issue are just a few of the reasonable steps lawmakers could take to stem the tide of gun related deaths in neighborhoods across the nation.

Critics might call such policy interventions naively ambitious in our current political climate. However, comprehensive, sustainable gun control is achievable. We know this because someone has done it.

In his article, Johnson casts gun violence as a civil rights issue not just for black Americans, but for all American schoolchildren and their parents, who deserve the “freedom” to not be afraid that their children will be shot up at school [emphasis mine]:

Fear at school was something the Little Rock Nine knew all too well. Facing vitriol, racism, and merciless violence, the Little Rock Nine were escorted, for their own safety, by federal troops to their high school classes. For those brave students selected to make the promises of the 1954 Brown v. Board of Education Supreme Court decision a reality, fear and terror were a normal part of the school-day routine.

Decades later, fear and terror still exist in our children’s classrooms. Due to the National Rifle Association (NRA) and the politicians that support them, meaningful discourse on the issue of gun control is nearly impossible, and in that silence, school shootings from Sandy Hook to Parkland keep the classroom a battleground, not a place of learning.

The disproportionate impact [of gun violence] on communities of color does make gun control a civil rights issue, but gun violence is a national issue and should be a matter of national concern. It is also a matter of freedom. Without sane gun laws, parents are faced with the daily and ever-present fear of another shooting at their child’s school that could have been prevented. All Americans deserve this freedom regardless of skin color, political affiliation, or zip code. This is one freedom that the NAACP is committed to fighting for.

So, the NAACP is now committed to fighting for your “freedom” to not be able to own guns because some gullible Americans take liberal media and politicians’ fear-mongering about guns a little too seriously.

For those of you out there that really believe that your kids are all in imminent danger of being gunned down at school, here are just a few statistics to ponder:

There have been eight mass shootings directed at K-12 schools in the United States over the past three decades. Seventy-nine people, most of them students, were killed in these attacks. That amounts to roughly 2 or 3 people per year being killed in school mass shootings since 1989 (the first instance of a mass shooting directed at a K-12 school in the U.S.). The largest school massacre in American history is a 1927 school bombing that killed 44 people.

By contrast, according to the U.S. Consumer Product Safety Commission (CPSC), 163 children under the age of 15 fatally drowned in swimming pools or spas in summer 2017 alone. The previous summer, 205 children drowned in such circumstances. For both years, 70 percent of the victims were less than 5 years old. The CPSC’s numbers for 2016 and 2017 are potentially underestimates, as they relied on scouring for media reports of drowned children to create their tallies.

For some context on the overall problem, according to the Centers for Disease Control and Prevention (CDC), an average of 3,536 people died each year from 2005 to 2014 in non-boating related drownings. (The annual numbers are probably similar today.)

In other words, more than four times as many children — most of whom were toddlers or babies not even old enough to attend school — died in swimming pools and spas in two summers than were killed over a span of thirty years in school mass shootings.

Is the NAACP going to launch a “pool-control” campaign next? Should Congress institute mandatory universal swimming checks at every pool and spa across the country with TSA-style uniformed security guards making sure that everyone going for a dip has their proper swimming registration cards? Or maybe there need to be limits on the deep end. After all, who needs to swim in ten or twelve feet of water when four or five will do? High-capacity pools are clearly a danger to society.

If this sounds a bit ridiculous (and it is), it really is just my attempt to try and apply Johnson’s logic (for lack of a better word) to what is a far larger problem, at least according to our government’s own statistics. If you think that hundreds of millions of Americans’ Constitutionally protected right to possess and bear a firearm can and should be legally crushed into oblivion because of the existence of one relatively infrequent type of tragedy, then why can’t the government micromanage every product and pastime in our lives that causes deaths?