The Deadliest School Massacre in American History Is a Bombing...from 1927 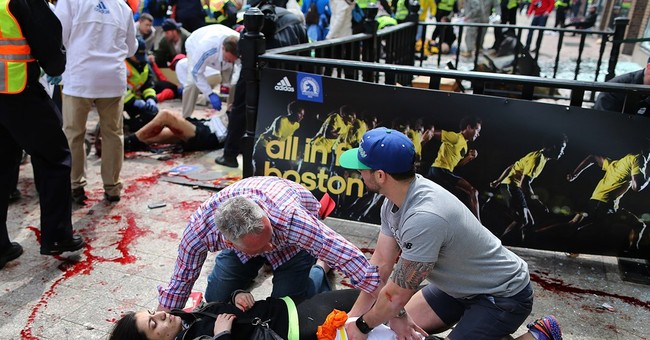 In the aftermath of Wednesday's deadly school shooting in Parkland, Florida, politicians and pundits alike are using the tragedy as an opportunity to push for gun control legislation and demonize anyone who opposes such laws as evil, inhuman monsters solely motivated by NRA lobbying dollars. Given the immediate climate of scaremongering, it's worth pointing out that to this day, the deadliest school massacre in United States history was committed not with a gun, but a bomb.

On May 18th, 1927, the last day of classes at the only school in the small town of Bath, Michigan was interrupted by a deadly explosion. Hundreds of pounds of carefully planted dynamite tore apart the north wing of the school's main building, killing dozens of students and two teachers. Ten children aged eight or younger were among those who died in the initial blast:

“There was a pile of children about five or six under the roof and some of them had arms sticking out, some had legs, and some just their heads sticking out. They were unrecognizable because they were covered with dust, plaster and blood,” wrote local author Monty J. Ellsworth in his 1927 account, The Bath School Disaster. “It is a miracle that many parents didn’t lose their minds before the task of getting their children out of the ruins was completed."

As community members rushed to help pull survivors out from under the rubble of collapsed portions of the building, the perpetrator of the crime, local school board member Andrew Kehoe, arrived at the scene of the bombing in his truck, which was packed with more explosives and shrapnel. According to eyewitness testimony, school superintendent Emory Huyck then approached and confronted Kehoe. After struggling to pull a Winchester bolt-action rifle from the bomber's hands, the gun either went off or was deliberately fired, detonating the explosives in Kehoe's car. This second blast killed Huyck, Kehoe, and several bystanders, finally brining the day’s carnage to an end. Authorities later discovered that earlier in the day, Kehoe had killed his wife and burned down their farmhouse in preparation for the attack.

Ultimately, 44 people at the school were killed and dozens more sustained serious injuries.

Bombings like the Bath School massacre are not a historical anomaly. In the many decades that have passed since that incident, explosive attacks have killed thousands more people across the world. Timothy McVeigh’s 1995 bombing of the Alfred P. Murrah Federal Building in Oklahoma City alone killed 168 people and wounded over 500. More recently, the 2013 Boston Marathon bombings killed three while injuring 264. Even deadlier bombings are an all-too-common occurrence in countries like Iraq. In July 2016, an ISIS truck bomb killed 324 people in a crowded shopping district in Baghdad. In follow-up attacks, terrorists killed 209 more people in suicide bombings, IED attacks, and mortar-assisted ambushes.

Federal law enforcement experts have been warning Americans for years that mass killings of this sort are still a threat. In 2007, the Associated Press reported the findings of an FBI homemade explosives expert who explained how easy it is for murderers to make bombs capable of causing death on a massive scale [emphasis mine]:

Kirk Yeager makes bombs from the stuff found under kitchen sinks. He does it to help the FBI defend against what officials say is the next frontier for terrorists in the United States.

Ten years ago, peroxide-based bombs were mostly the work of young pranksters. But the easy-to-make yet deadly chemical cocktails were embraced in the late 1990s by Palestinian militants and suicide bombers bent on killing large groups of people.

"Every serious terrorist group knows about them and knows how to make them," Yeager said. The forensic scientist heads the explosives unit at the FBI's laboratory in Quantico, Va., about 35 miles south of Washington.

"Bad guys are bombers. You don't have to have the level of sophistication to make a bomb that you need to get nuclear materials," Yeager said.

The bombs are made by mixing chemicals that are used in common household items, including hydrogen peroxide and paint thinner, and easily found at drug stores or hardware stores. Experts know them as TATP, short for triacetone triperoxide, and HMTD, or hexamethylene triperoxide diamine.

No government can provide perfect safety to all of its citizens. The reality of modern life is that killers have an immense arsenal of possible tools at their disposal to wreak havoc. Focusing inordinately on the method of mass murder in any given case does nothing to advance our understanding of why these types of events happen. Regardless of the legal barriers that are placed in front of them, people like Andrew Kehoe, Timothy McVeigh, and Islamic terrorists will always find a way to transform their dark fantasies into reality unless we can identify and stop them before they kill.