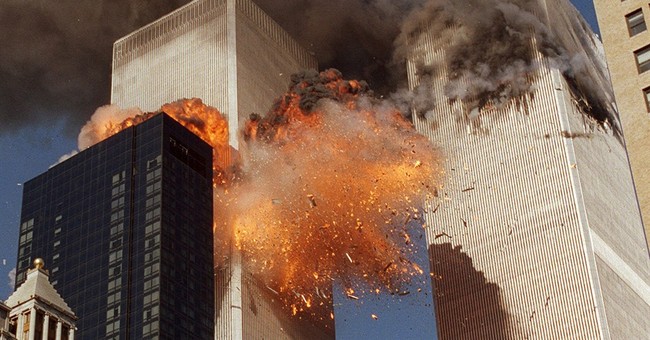 Over the weekend, eternal #NeverTrumper Max Boot published a column for The Washington Post arguing that Russian trolls spreading memes on social media was the “the second-worst foreign attack on America in the past two decades,” with the 9/11 attacks taking his top spot.

Throughout his column, Boot heavily relied on Democratic talking points of dubious accuracy to make his argument, including the still-unproven claim that the Russian government hacked the DNC and allegations that Russian social media accounts swayed the outcome of the 2016 election with social media posts promoting Black Lives Matter and post-election #NotMyPresident protests.

But far more worrisome than Boot’s confirmation bias is the conclusion that he draws from the “data” that he presents, namely that the American government must take some nebulous measures to “safeguard America” from Russian speech:

Imagine if, after 9/11, the president had said that the World Trade Center and Pentagon could have been attacked by “China” or “lots of other people.” Imagine if he had dismissed claims of al-Qaeda’s responsibility as a “hoax” and said that he “really” believed Osama bin Laden’s denials. Imagine if he saw the attack primarily as a political embarrassment to be minimized rather than as a national security threat to be combated. Imagine if he threatened to fire the investigators trying to find out what happened.

Imagine, moreover, if the president refused to appoint a commission to study how to safeguard America. Imagine if, as a result, we did not harden cockpit doors. If we did not create a Transportation Security Administration and a Department of Homeland Security. If we did not lower barriers between law enforcement and intelligence. If we did not pass a USA Patriot Act to enhance surveillance. And if we did not take myriad other steps to prevent another 9/11.

That’s roughly where we stand after the second-worst foreign attack on America in the past two decades. The Russian subversion of the 2016 election did not, to be sure, kill nearly 3,000 people. But its longer-term impact may be even more corrosive by undermining faith in our democracy.

Does Boot really want a TSA-style national firewall system that prevents Russians from speaking to Americans over social media? Or does he think we should develop a closed Internet system like China or North Korea and only allow official government-approved information sources to influence our opinions? That would surely prevent something like Russian memes from destroying our democracy ever again, but it would also turn the First Amendment into a complete joke by instituting de jure ethnic/national exceptions to our freedom of speech and freedom of the press.

Unfortunately, because Boot did not offer specific examples of what a “greater federal role” to combat Russian trolls would entail, it’s hard to offer on-point criticisms of his position. However, perhaps it’s worth pointing out here that Americans have multiple Constitutional rights that allow them to consult foreign sources of information for their news, no matter how ill-informed that may make them. America is not some closed, totalitarian country that can shutter in its citizens behind barbed wire fences and military checkpoints while feeding them whatever narratives it likes via state-run press organs.

And why would anyone want that? Even anti-Kremlin hawks love using Russian sources of information to support their claims that Russia-backed trolls tried to influence American politics. In fact, it was a Russian media report by RBC that originally laid out much of the now-mainstream case for Russian trolls using Facebook, Twitter, and Instagram to push divisive political messages in the U.S. around the time of the 2016 election (links to the report in Russian and a summary of the report in English).

Just as importantly, it seems that neither Boot nor any of his compatriots have thought for more than three seconds about how comparing social media memes to terrorist attacks could affect international politics. American media outlets and personalities regularly promote political messages to foreign audiences across a wide variety of different mediums. Sometimes, this flow of commentary and reporting contains propaganda, misinformation, or just plain factual mistakes. Does this mean that America is actively “attacking” foreign governments or their citizens? Do they now have a right to prevent U.S.-based outlets from influencing their elections and other internal politics? Well, apparently the Russians have decided that their answer to those questions is “yes":

The US Department of Justice (and the mainstream US media following its lead) gave a royal gift to the “ideological hawks” in the Kremlin, one that even the boldest propagandists dared not dream of. The Russian television channels Russia Today (RT) and Sputnik have been forced to register as “foreign agents”; the stormy (and completely unsurprising) reactions have escalated the information wars, whose consequences are difficult to predict.

Russian lawmakers reacted to the DOJ’s decision emotionally and quickly: In just a few days, amendments were passed without discussion on the media law, adding paragraphs on foreign media and “foreign structures distributing information.” The law regulating non-commercial organizations can now impose on them the status of a foreign agent. “This is a very broad formulation,” says Galina Arapova, director of the Mass Media Defence Centre, media lawyer, and member of the board of Article 19. “It applies to all foreign mass media and foreign structures that produce information for an unlimited circle of readers or viewers; the important part is that they receive foreign money. Obviously, all non-Russian mass media and Internet sites will be considered foreign.

[A]ll mass media with foreign financing can be put on the list of “agents” and will be required to present financial documentation, information on employees, and other information to the Russian authorities. Noncompliance brings astronomical fines and even a block on information resources. The basis for inclusion on the agent list is not defined and in fact all foreign companies might be subject to it, from The New York Times to The Herald of Zimbabwe.

In other words, unhinged rhetoric like Boot's about Russian influence attempts being horrific criminal interference into our elections has actually had a real negative impact on Western attempts to reach average Russians with our own political messages. Moreover, Russia's newest foreign media restrictions are not just a temporary policy measure. They are likely to remain pretty permanent, as Russian lawmakers are already quite receptive to the idea that American institutions (including our news media, of course) are hell-bent on inciting a coup against Putin and destroying their country.

If Max Boot is helping to damage our country's foreign policy towards Russia, does that now make him an unwitting agent of Russia?