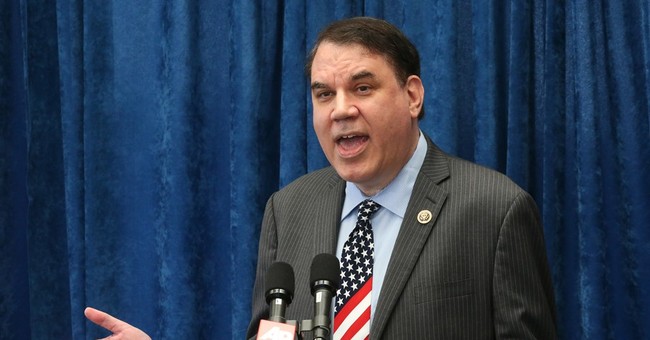 On Thursday morning, Politifact announced that it would be hiring former Democratic Rep. Alan Grayson to help its team of fact-checkers as a "reader advocate." Just two hours later, however, Politifact publicly severed their agreement with Grayson after receiving sustained and intense backlash on social media.

We sought out a Democrat and Republican to critique our work in order to try to improve the trust and credibility in fact-checking and PolitiFact. It has become clear our choice of Alan Grayson did not meet that threshold to many. pic.twitter.com/uJuoHhiObI

Most of the opposition to Grayson's hire came from people who were upset about past allegations against Grayson that he battered his first wife and then threatened a Politico reporter with arrest for questioning him about the accusations.

Alan Grayson was accused of domestic abuse and then menaced a reporter for the outlet that reported it https://t.co/b05Fk50QDEhttps://t.co/CwecbyaYvE

is this a joke? Alan Grayson harassed my colleague @IsaacDovere after i wrote a story with @BresPolitico and @MarcACaputo about allegations of domestic abuse. https://t.co/RkipNxtQgB

Alan Grayson is accused of domestic violence and threatened a reporter. Big old nope to this. https://t.co/nYWJkDnKJG

Politifact quickly went on a deletion spree to obscure its choice to hire Grayson, which included deleting this statement from their website, written by Aaron Sharockman, that explained their original decision-making process to hire the first reader advocates:

For the past year, we’ve committed ourselves to a series of experiments to try and improve trust and credibility in fact-checking.

We’ve fanned out to new states and met with voters, and launched new fact-checking partnerships in Oklahoma, Alabama and West Virginia. We developed a new app, PolitiTruth, that tests people’s knowledge of the facts.

Today we’re announcing a new experiment that we’re particularly excited about: We’re adding a Republican and Democratic reader advocate to our site, and for the first time, allowing non-PolitiFact writers to publish on PolitiFact.com.

This experiment, which is funded through a grant from the John S. and James L. Knight Foundation, will initially run until the end of April. During that time, our Republican and Democratic reader advocates will be free to critique our fact-checks and provide their own expert insight on the issues confronting voters.

But I’m burying the lead, because I’m sure you are curious who they are. So meet our first PolitiFact reader advocates: Republican David Jolly and Democrat Alan Grayson.

David and Alan are both particularly qualified, we think, to critique the work of PolitiFact, because they’ve been subject to our fact-checks as members of Congress.

Alan and David will be free to critique any of our fact-checks starting today, and we won’t restrict what they have to say. We’ll promote their work right alongside ours.

Two key caveats, since we’ve asking former and possible future politicians to write on our website. If Alan or David say they’re running for office, our relationship will end. And because both appear on television, we retain the right to fact-check them both.

We hope you read their work, and I’d love to hear what you think. You can email me at[email protected]

Politifact isn't kidding about Grayson having been subjected to its fact-checking process, as one Twitter user pointed out in response to Politifact's initial announcement: