Five Songs That Were Almost the National Anthem 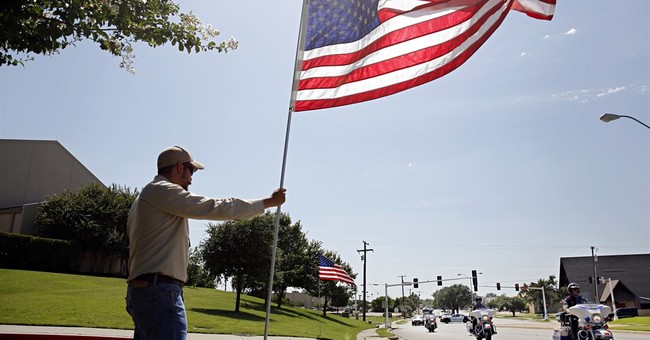 Two hundred and two years ago, in September of 1814, Francis Scott Key wrote the lyrics to “The Star-Spangled Banner.” The song quickly gained popularity as an expression of patriotism and American values. In 1931, over a hundred years after it was written, Pres. Hoover and Congress made it the official national anthem.

But this decision was not inevitable. Many songs have served as unofficial anthems throughout America’s history, and Congress might have selected any one of them instead. Here are five songs that were almost the national anthem.

During the Revolutionary War, the British army would sing “Yankee Doodle Dandy” to mock their American opponents. Rather than being offended, however, American soldiers decided to sing the tune themselves, reclaiming it as a point of pride. The song became America’s unofficial anthem for years after the war.

English teacher Katherine Lee Bates wrote the song “America the Beautiful” in 1893. She felt inspired to write it after making a trip to Colorado and taking a wagon up the 14,000-foot mountain known as Pikes Peak. She described feeling a “great joy” upon seeing the view from the mountaintop.

“All the wonder of America seemed displayed there, with sea-like expanse,” she wrote.

The song was a top contender for the national anthem in 1926.

Philip Phile composed the music of “Hail, Columbia” for George Washington’s inauguration. A decade later, Pennsylvanian lawyer Joseph Hopkinson added lyrics to the music. Hopkinson addressed the song to “Columbia”—the female personification of America. It was popular during that time to imagine Columbia as a feminine guardian of the United States, as Britannia is to the U.K.

The song was considered America’s unofficial national anthem during much of the nineteenth century. It is now used as the Vice President’s entrance song.

In 1861, abolitionist Julia Ward Howe rewrote the lyrics to a popular but unseemly campfire spiritual called “John Brown’s Body.” The result was “Battle Hymn of the Republic”: an intensely patriotic song that testified to the moral and religious dimensions of the Union cause. The song served as the Union’s rallying cry during the Civil War. After the Civil War, many northerners wanted to make the song the country’s national anthem, but southerners rejected the proposal.

Rev. Samuel Francis Smith wrote the lyrics to “My Country ‘Tis of Thee” in 1831. He is alleged to have written it in thirty minutes on a rainy day. For the tune, he used something he found in a German songbook that he thought sounded patriotic. That something turned out to be a derivative of the British national anthem, “God Save the Queen.” The song quickly gained popularity despite its British origins, and until 1931, it was counted among the country’s unofficial anthems.

Compared to these five songs, how does "The Star-Spangled Banner" hold up? Did Congress make the right choice?