Despicable: Woman and Three Daughters Stabbed in France for Being ‘Scantily Dressed’ 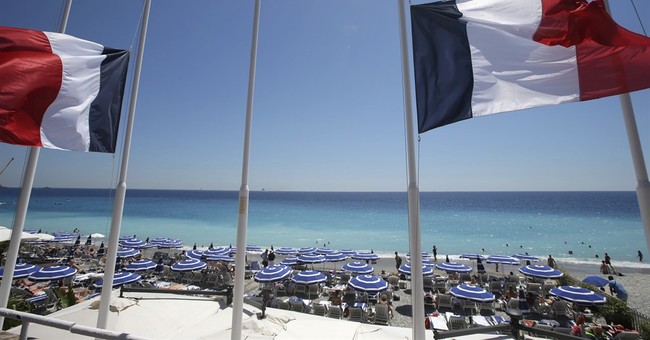 A woman and her three daughters were stabbed while on vacation in southern France.

A Moroccan-born man named Mohamed Boufarkouch, 37, was arrested for the brutal attack, committed Tuesday morning at around 9:30 a.m. Initial reports suggest he was motivated by the fact they were ‘scantily dressed,’ though these reports have not been confirmed.

The victims include a mother, 46, and her three girls aged 8, 12 and 15. The youngest was airlifted to a hospital in Grenoble for emergency surgery, while the others were taken to a hospital closer to the place of attack—an Alps resort in Laragne-Monteglin.

Boufarkouch was on vacation with his pregnant wife and two young children when he committed the attack. According to Le Parisien, he was sharing “a terraced house with two apartments” with his future victims. It was while the mother and children were having lunch that Boufarkouch, for unconfirmed reasons, ran across the terrace to stab them repeatedly with a small folding knife, approximately 4 inches in length.

Mayor Edmond Francou has asked citizens “to keep calm and exercise judgment” in the wake of this attack, adding that “it should not be lumped with recent events.”

Laragne-Monteglin is 110 miles from Nice, the site of last week’s terror attack that left 84 people killed and 303 injured.