"It's Unfair to the Public": GOP Representative Urges Senate to Give Merrick Garland a Hearing 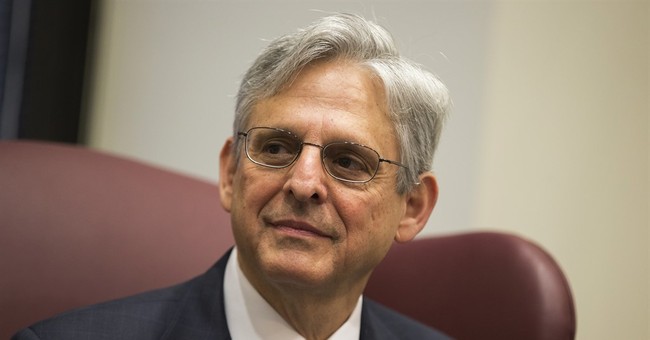 Speaking at a press conference on Monday, Rep. Daniel Donovan (R-NY) stated that Senate Republicans were wrong to block Pres. Obama’s pick for the Supreme Court, Merrick Garland, without giving him a hearing. The Senate’s inaction in this matter has, according to Donovan, impeded the function of the Supreme Court and given the public reason to lose faith in the government’s competence.

“I think this is an issue that people could point at and say, ‘See, government’s stalled, government doesn’t move forward,’” said Donovan. “There’s a very important seat open in the Supreme Court, the people that interpret the rules of the country will live by. And it’s unfair to the public.”

In arguing that the Senate should give Garland a hearing, Donovan breaks with his party’s strategy, which has been to obstruct Obama’s nomination in case a Republican president is elected in the fall. A Republican president would presumably nominate a conservative justice to the Supreme Court, while Obama’s choice of Garland is more liberal. The stakes are particularly high because Garland’s confirmation would tip the court into a liberal majority—a situation that many Republicans wish to avoid.

The Senate GOP has mostly stood firm against pressure from the White House and congressional Democrats, who have used the hashtag #doyourjob to argue that it is the senators’ congressional duty to give Garland a hearing. Only two GOP senators have departed from the party line—Sen. Mark Kirk (Ill.) and Sen. Susan Collins (Maine). Sen. Jerry Moran originally joined them in their dissent but later rescinded it, likely due to pressure from party leaders.

“I’ve never thought that was a good idea,” said Donovan of the strategy. “I’ve always thought that the Republicans were wrong, that they should see who the nominee was…and judge him on his abilities, his jurisprudence. I think it’s one of the things that gets the public upset about politics, that they see things not moving.”

“You don’t have to confirm the nomination,” Donovan said further. “But they should hold the hearings.”