Meghan McCain: DeSantis Would Put Kamala Harris 'in the Ground' in 2024 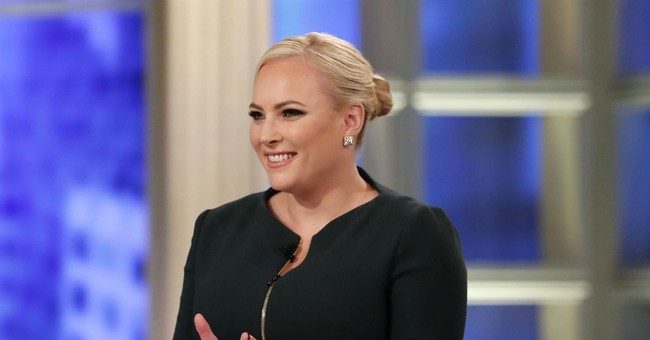 Meghan McCain had a bold prediction about the 2024 election: that Vice President Kamala Harris will lose badly if she faces Florida Gov. Ron DeSantis (R-FL).

McCain’s comments came during a Monday morning discussion on ABC’s “The View,” of which she is a co-host. In response to a question about Harris’ unpopularity in the polls from co-host Whoopi Goldberg, McCain said that the vice president needs “more media training,” and that DeSantis would “put her in the ground.”

“The problem for Democrats in 2024 is that, if (President Joe) Biden chooses not to run for reelection, she’s just not going to be a strong enough candidate to run for president,” McCain said. “Honestly, it’s everyone’s risk to take, but Ron DeSantis would put her in the ground…Republicans would love nothing more than to run against Vice President Harris.”

HARRIS’ APPROVAL LINKED TO IMMIGRATION STANCE? The co-hosts react to several polls that found Vice Pres. Kamala Harris has the lowest approval of any vice president since the ’70s. https://t.co/cVclFZQmjA pic.twitter.com/SeBUGidSh1

“I think she stumbled when she was running for president,” McCain said in response to a question from Goldberg. “She dropped out before Iowa … She wasn’t resonating with voters way before President Biden was elected.”

Of her time as vice president, McCain criticized Harris’ “tactical errors,” including her uncomfortable laugh and her infamous Guatemala interview with Lester Holt in June.

“She’s made a lot of tactical errors,” McCain said. “She did (an) interview where she was laughing about the border when she was asked, ‘Are you going to visit the border?’ And she said, ‘I also haven’t been to Europe,’ and laughed very uncomfortably. Her laugh has become a way for people to take hits at her because it’s uncomfortable to watch.”

VP Harris: “We’ve been to the border.”

Holt: “YOU haven’t been to the border.”

VP Harris: “And I haven’t been to Europe.” pic.twitter.com/lEBhZzfA0u

McCain further criticized Harris’ handling of the border crisis, arguing that the vice president is responsible for the negligence of transparency and media censorship of children detained at the border.

“It was horrific, and now that we aren’t even allowed to send journalists in to film it and she’s in charge, it’s okay,” McCain said.

Biden, 78, surpassed President Donald Trump’s record as the oldest president ever elected last November. He has publicly said that he “expects” to run for reelection in 2024, but some speculate that Biden may have a different plan in private, as to not become a lame duck president if Republicans flip the House in 2022.

But when it comes to Harris at the top of the 2024 ticket, Democratic Party elites have a real cause for concern. As Townhall reported last Friday, a Politico poll conducted from July 16-18 found that 47 percent of respondents viewed Harris unfavorably, compared to just 45 percent who viewed her favorably. An Economist/YouGov poll conducted from July 24-27 found Harris underwater by a 5-point margin, with 43 percent of respondents answering “favorable” and 48 percent answering “unfavorable.”

Meanwhile, DeSantis enjoys high approval ratings among Floridians for his handling of the state’s economy and the Wuhan coronavirus pandemic, 60 percent and 52 percent, respectively, according to a University of South Florida poll released on Tuesday, July 27.