A Milestone Marked by Partisanship 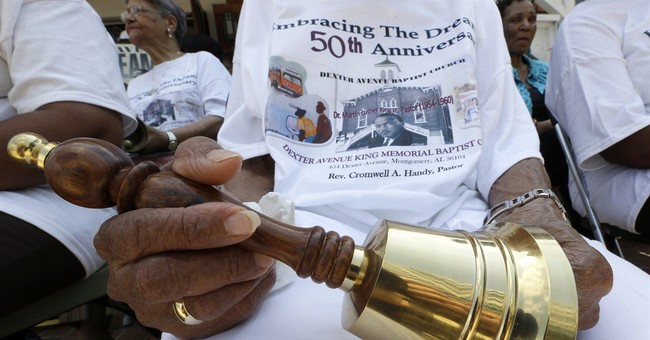 Republican Senator Tim Scott -- the only African American serving in the US Senate -- was not invited to today's event highlighting the 50th anniversary of Dr. Martin Luther King Jr.'s historic March on Washington.  Obviously, Justice Clarence Thomas -- the only African American member of the US Supreme Court, nominated by a Republican president, and long a hate object for the left -- wasn't there, either.  Nor, sadly, would he have been welcome.

By all accounts, the content of the speeches highlight just how much of the once-great civil rights movement has become little more than a partisan exercise.  That, in turn, suggests the racial progress America has made; in the sad and ugly days of Jim Crow and other expressions of unapologetic public bigotry, leaders of the civil rights movement would have been eager to embrace allies, on whatever side of the partisan political divide they could be found.

Perhaps some would say that it highlights all the progress African Americans have made in our society that self-identified "leaders" would feel secure enough in their own prominence and positions that they could choose to exclude other, distinguished African Americans simply because they hold different views on the policies that will best benefit African Americans -- and indeed, all Americans.

But to my mind, that's a sad "success."  By effectively hanging a sign on the commemoration that reads "Democrats Only," those in charge of the King event are embracing the policies that have led to the violence and economic decay in once-great urban centers like Detroit.  They are turning their backs on those who are advocating for equality for all in education through vouchers, charter schools and the like.  They are implicitly insisting that those who believe in free markets, traditional values, equal opportunity, color-blindness and the sanctity of human life have no home in today's civil rights movement.

There are many of us, in both political parties (and none!), who deeply believe that every beautiful promise of America should be real, true and attainable for every single American with the guts and the heart to claim it. From everything I've learned, heard and read, it's hard to believe that Dr. Martin Luther King would have excluded anyone who genuinely wished to join arms in the fight for equal rights under the law, equal opportunity and color-blindness.  It's sad that his self-proclaimed "heirs" did so today.