IRS Investigation: Not So "Phony" 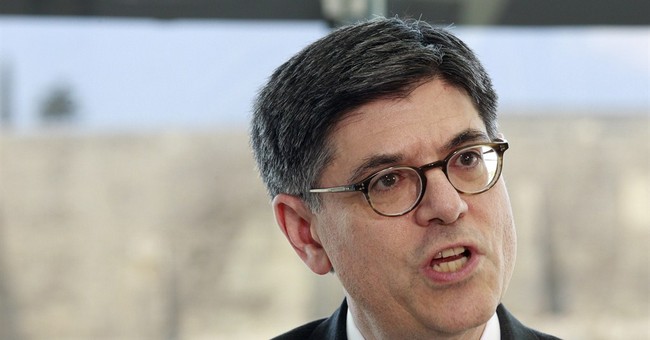 Today, Treasury Secretary Jack Lew gave an interview to Scott Pelley.  In the clip below, he attempts to bat aside the IRS targeting scandal by asserting that there's "no evidence" any political employee was involved in the targeting.

It sounds good, of course -- but his "no evidence" formulation, designed to suggest the administration's innocence (i.e., that "no evidence" exists), means only that investigators have so far been prevented from uncovering all the facts.  When a key witness takes the Fifth; the President's hand-picked new IRS chief misleadingly "reports" that lefty groups were targeted, too; and Democrats seek to attack the Inspector General rather than get to the truth, then it's entirely foreseeable that evidence will take a while to emerge, but that doesn't necessarily mean it doesn't exist.
In an interview with Hugh Hewitt, Rep. Trey Gowdy notes that there are plenty of questions that still need to be addressed to the IRS Chief Counsel, William J. Wilkins, the President's man at the IRS:

Here’s what I would want to ask Mr. Wilkins. Look, the 50% has not changed since we got our numeric code. Political activity, we’ve had, you know, when I was a kid, it was the Moral Majority and John Birch Society. So political activity isn’t new, 50% isn’t new. Why the different level of scrutiny for conservative groups starting in 2010? Well, the code hadn’t changed. Why did the scrutiny change? And why did the scrutiny emanate out of the Chief Counsel’s office in D.C?

As Gowdy also pointed out, the story from the IRS has changed numerous times as new facts have emerged -- never a good sign.  That's why, contrary to Jay Carney's claims, it's not a "phony scandal" -- real abuses occurred, and the American people still don't know how it happened.
New IRS chief Danny Werfel can try all he wants to insist that both political ends of the spectrum were targeted, but that dog really won't hunt.  Even Politico -- which earlier this week tracked down some liberal groups that received IRS screening -- noted significant differences in the way their cases were handled versus the treatment of the Tea Party and other like-minded groups.
Obviously, both Lew and Carney can try all they want to downplay the scandal as "phony" or lacking in evidence.  But many questions remain -- and that they are still unanswered is evidence of the administration's strategy to slow walk the investigation, in hopes it will be downplayed and ignored by the press and people.