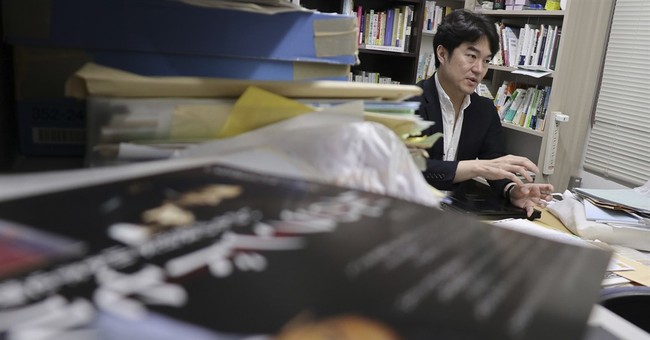 In an unprecedented effort to slow the spread of a highly contagious virus, countries around the world have implemented painful lockdowns responsible for killing an untold number of jobs, dreams and even people. In one country, more people committed suicide in the month of October than died from COVID-19 throughout the course of the pandemic.

Fox News is reporting that suicides are way up in Japan this year, and experts in the country are pointing to the prolonged shutdowns as the culprit behind the sharp increase.

Japan is struggling with a mental health crisis as the coronavirus pandemic rages on, with more people dying in one month from suicide than from COVID-19 all year long.

The National Police Agency said suicides surged to 2,153 in October alone, with more than 17,000 people taking their own lives this year to date, CBS reported.

Japan has historically had high rates of suicide, but the numbers had begun trending downward.

Japan isn't alone when it comes to countries experiencing an increase in the number of suicides. As the Wuhan coronavirus lingers on, many countries are continuing to implement painful economic and social restrictions as tools to combat the spread of the disease. But the shutdowns are having negative consequences every bit as serious as the virus itself.

Suicide is already a leading cause of death in the United States, with the nation's suicide rate reaching its highest level since World War II before the pandemic. While information on the number of coronavirus deaths is readily available, data on suicides during the lockdowns is still forthcoming from the Centers for Disease Control and Prevention. But early indicators suggest the number is on the rise, as was experienced during other historic health crises and periods of economic recession.

Suicide hotlines have been inundated since the first coronavirus lockdowns took effect earlier this year.

CBS News reported in September that suicides are up this year by as much as 20 percent in the U.S. Military when compared to the same time period in 2019.

In October, Dr. David Nabarro, the WHO's Special Envoy on Covid-19 told The Spectator that lockdowns "have one consequence that you must never ever belittle, and that is making poor people an awful lot poorer."

After the dust settles and the world staves off the current pandemic, the unintended consequences of the lockdowns will need to be examined. Hopefully, a better solution can be developed before the next pandemic that doesn't involve amputating the world's economy.