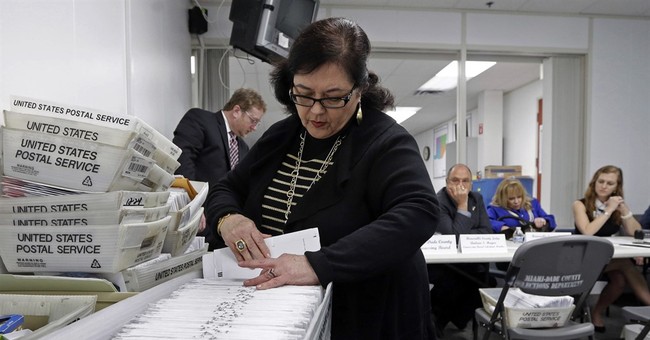 "This is an organized effort by someone who knew a little bit about Florida law but not a lot, and had a scheme to either undermine the Florida registration system with fake voters, or intended to vote 50 times," Broward Elections Supervisor Pete Antonacci told the Sun-Sentinel.

While authorities say no mail-in ballots were requested or cast under the bogus registrations, the scheme exposes how easy it is to fraudulently add names to Florida's voter rolls. Republicans have been warning about voter fraud and the increased potential for fraud as states turn to mail-in ballots.

The mainstream media and the Democratic Party want the ballot box secured with nothing more than the honor system.

In Pennsylvania, Democrat allies won a court battle by prohibiting election officials from throwing out ballots when the signature on the ballot clearly doesn't match the signature on the voter's application. Meanwhile, evidence has been turned over to authorities regarding a poll watcher who stands accused of voter intimidation against Pennsylvania Republicans.

Democrats are constantly challenging efforts to clean up voter rolls and oppose reasonable safeguards that would help protect the integrity of our elections. Why it's almost as if the Democrats are trying to cheat.