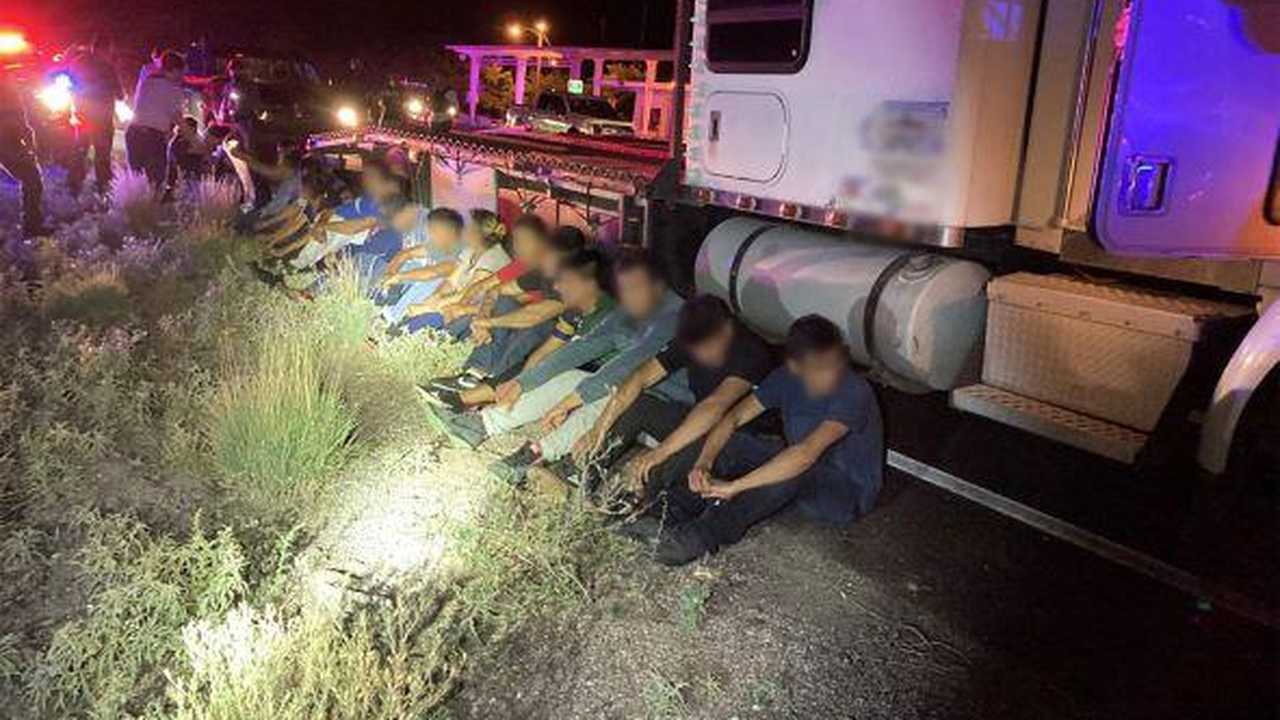 The illegal aliens were arrested between the early morning hours of Wednesday, October 21 and mid-morning Thursday, after being discovered in multiple stash houses, at vehicle stops, during checkpoint operations including commercial vehicles, via train check operations, brush cases, vehicle bailouts, and the recovery of a stolen vehicle.

Of the 106 arrested, 92 of the illegal aliens were from Mexico. The others came from Guatemala, Ecuador, El Salvador, and Honduras.

The recklessness of many of these events highlight the lack of regard human smugglers have for the safety and wellbeing of the people they exploit for profit.  In the stash house and load vehicle cases, people were crammed into small confined spaces in large groups without any personal protective equipment, exposing them to the potential spread of COVID-19 infection. In many of the load vehicles encountered, failures to yield followed by bailouts were commonplace. In these stops, people were found piled on top of one another in attempts to conceal them in the vehicles. One such vehicle was stopped on U.S. Highway 83, north of San Ygnacio, Texas. Agents discovered 16 individuals packed so tightly that some at the bottom of the pile were having difficulty breathing. They immediately asked for assistance due to the high temperatures in the vehicle and lack of water.

In another incident north of Cotulla, Texas, 19 individuals were apprehended on a freight train. Laredo Sector Chief Patrol Agent Matthew J. Hudak said in a statement, “We continue to see smugglers put the lives of illegal aliens at risk, whether it be through the use of commercial vehicles, freight trains, or other dangerous conveyances. Our agents have seen aliens sustain major traumatic injuries from trains. I hope smugglers and aliens recognize how dangerous this is before someone loses their life or is severely injured.”

The risks of human smuggling activities, both for the migrants and the Border Patrol agents who interdict them, are significantly increased during the Wuhan coronavirus pandemic.

As the coronavirus exploded in Mexico, hundreds of Border Patrol agents were placed in quarantine after coming into contact with infected migrants. Acting CBP Commissioner Mark A. Morgan said at a news conference in early August that 10 CBP officers had died as a result of contracting COVID-19.