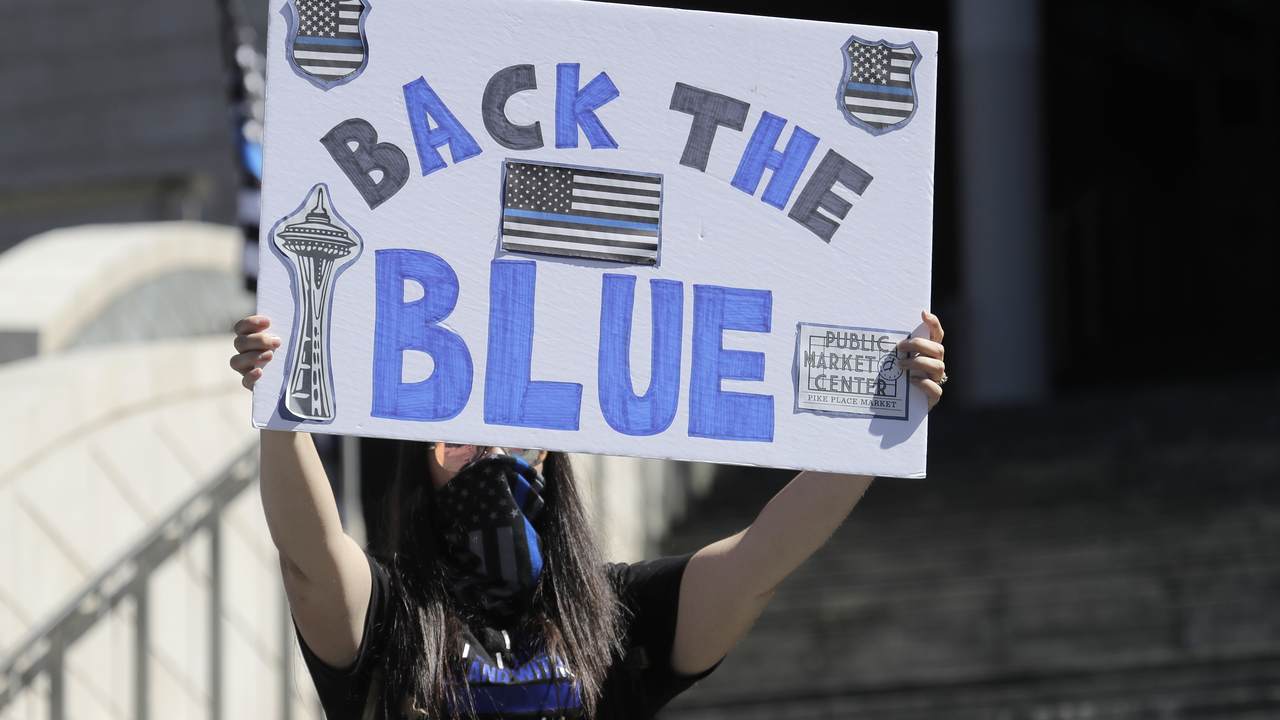 Those who consume the mainstream media exclusively might be under the false impression that Americans are completely cool with police officers being shot and killed by angry rioters pretending to care about life. But a new poll finds a majority of likely voters support "blue lives matter" legislation that would raise penalties for those who attack our brave men and women in law enforcement.

Unlike Democratic lawmakers in Virginia, who voted to make it easier for thugs to attack police officers, a majority of likely voters would like to see legislation protecting our men and women in blue, a new Rasmussen poll finds.

The latest Rasmussen Reports national telephone and online survey finds that 59% of Likely U.S. Voters think there is a war on police going on. That’s up from 43% two years ago and up from a previous high of 58% in 2015. Just 29% disagree, while 12% are undecided. (To see survey question wording, click here.)

Fifty-nine percent (59%) also support the adoption of a Blue Lives Matter law in their state that would make attacks on police and first responders a hate crime and increase the penalties for such attacks. That’s unchanged from 2016 when Louisiana became the first of more than a dozen states to adopt such a law. Only 25% oppose a Blue Lives Matter law where they live. Sixteen percent (16%) are not sure.

At a campaign rally in Pennsylvania on Saturday, President Trump received the endorsement of the National Fraternal Order of Police (FOP).

Fraternal Order of Police endorses President @realDonaldTrump: "We will not turn our back on you." pic.twitter.com/Pz17U58ChK