So Who's the SJW That Thought a Whites Only Cafe Was a Good Idea? 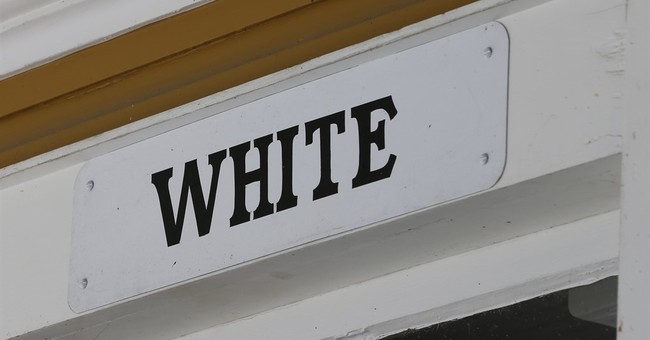 Imagine being so woke you're a segregationist. That's what happened to the University of Michigan at Dearborn. Some leftist SJWs thought they were being original when they came up with the idea to host a whites-only cafe, or a "non-POC (person of color) cafe." The event was billed as a safe space for non-POC students to gather and "discuss their experience as students of campus and as non-POC in the world." Too bad the segregationist Democrats had the idea long ago.

The University of Michigan, Dearborn, Center for Social Justice & Inclusion invited white people to the virtual cafe, which the Center originally planned to be a bi-monthly event.

"Feel free to drop in and discuss your experiences as non-persons of color and hopefully brainstorm solutions to common issues within the non-POC community," read an invite for the event which took place on Tuesday.

Well, the feedback wasn't great -- who could have seen that coming -- and the university is now apologizing for the event and pretending like the whole thing never happened.

The University of Michigan, Dearborn is a public university, and segregation, needless to say, was federally outlawed under the Civil Rights Act of 1964.

This appears to be an invitation to a whites-only cafe at a public university. How is this legal? https://t.co/p3YoxcSIKB