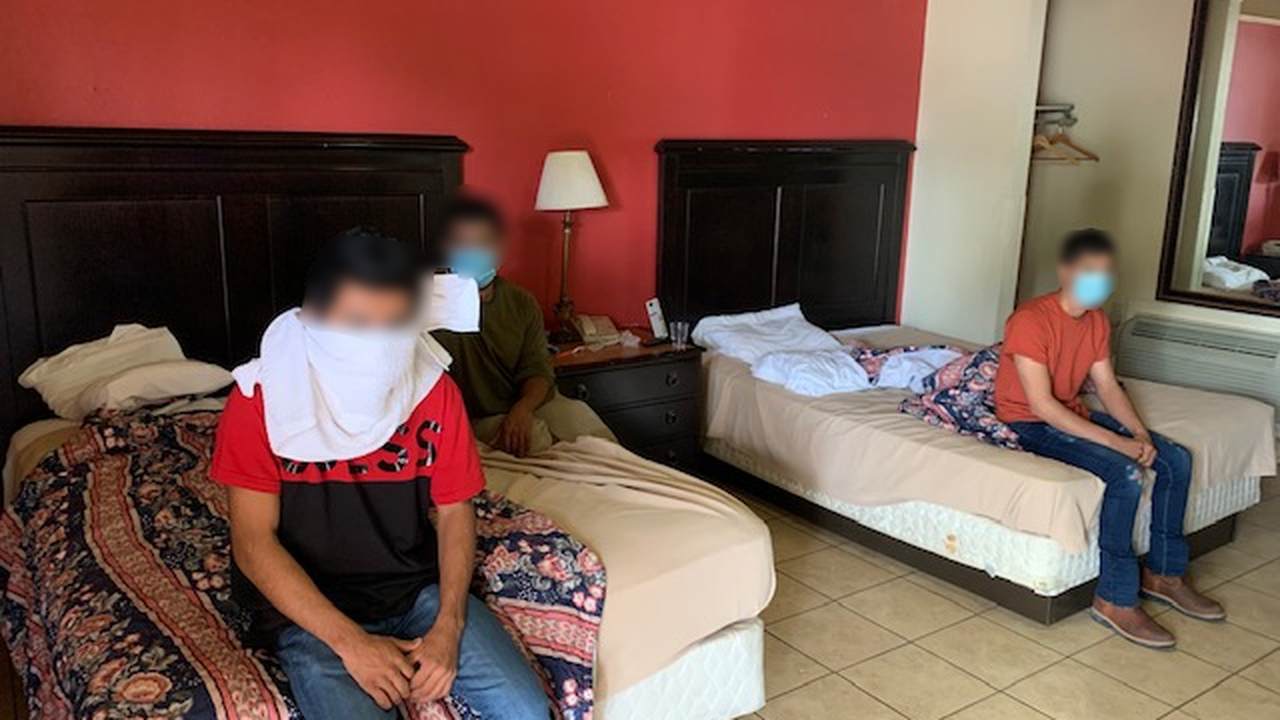 Border Patrol agents have been on a roll lately when it comes to finding stash houses used by human smugglers. In a joint operation, Border Patrol agents working with Homeland Security Investigations (HSI) and the Webb County Constables Office (WCCO) found four illegal immigrants from Mexico in two separate incidents on Wednesday.

On Wednesday morning, Border Patrol agents with the Laredo South Station and WCCO deputies conducted a search of a suspected stash house and found two subjects inside the residence. One individual was determined to be an illegal alien from Mexico and the other, the owner of the home, a U.S. citizen in possession of a stolen firearm and some 3.5 ounces of marijuana.

Later that afternoon, Laredo South agents, WCCO deputies and HSI agents conducted a welfare check in a hotel room. Inside, the agents found three Mexican nationals determined to be illegally present in the U.S. All three men were taken into custody by U.S. Border Patrol agents pending further investigation.

"Despite the ongoing international pandemic, U.S. Border Patrol agents of the Laredo Sector continue to stand at the ready to secure the nation's borders, prevent the smuggling and dealing of drugs, stop dangerous criminal activity, and slow the spread of COVID-19," U.S. Customs and Border Protection (CBP) stated in a press release.

In May, Border Patrol agents discovered 12 illegal aliens from the countries of El Salvador, Guatemala, and Mexico at another stash house in Laredo.

"As the deplorable conditions of this stash house demonstrate, transnational criminal organizations have no respect for human life," HSI Special Agent Jack Staton said in May. "Human smuggling is a multi-billion-dollar enterprise, and the individuals being smuggled are viewed as cargo by the criminal networks."

CBP encourages those wishing to report suspicious activity, such as alien and/or drug smuggling, to download the "USBP Laredo Sector" App or call the Laredo Sector Border Patrol toll-free at 1-800-343-1994.

VP Harris Chuckles While Comparing Phony Border Patrol Story to 'Times of Slavery'
Townhall
'Rashida is a bigot and a liar. Period.' Rashida Tlaib gets fact-DROPPED over and over and over again for insisting Israel is an apartheid state (period)
Twitchy
John Stossel Checks Facebook Over Their 'Fact-Check' Label, Sues for $2 Million
Redstate
Ignore the MSM: Here’s What the 2020 Maricopa County Election Audit Actually Says
PJ Media