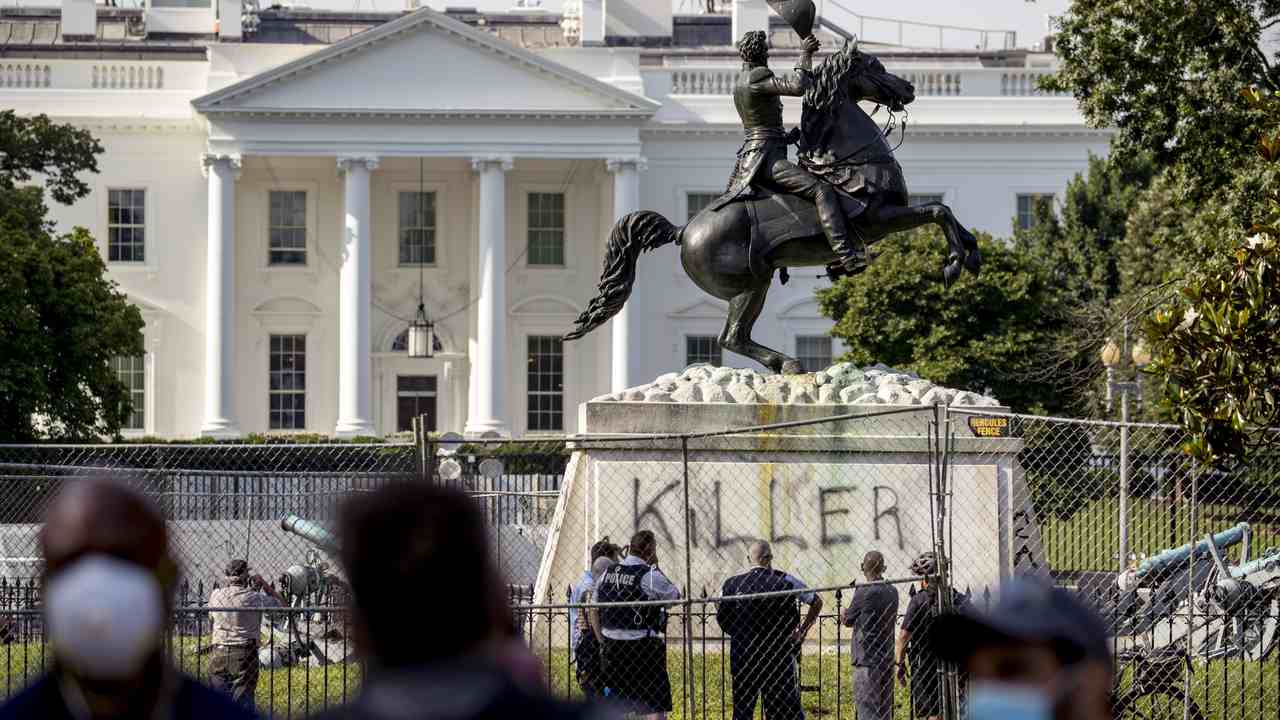 Black Lives Matter protestors gathered outside the White House again on Friday night. The protesters chanted a quote from Assata Shakur, the terrorist convicted of killing a police officer in the 1970s.

Shakur was convicted of murdering New Jersey State Trooper Werner Foerster in a shootout on the New Jersey Turnpike in 1973. She later escaped from prison and received political asylum in Cuba where she remains to this day. Shakur belonged to the Black Liberation Army (BLA) terrorist group and remains on the FBI's Most Wanted Terrorists List. Along with a number of other cop killers, Shakur is treated as a hero by the far left.

"I need this to be loud, real loud," said the unidentified speaker, before quoting the cop killer.

On Wednesday, the co-founder and chairperson of the Black Lives Matter New York Chapter, Hawke Newsome, threatened to burn down the country if the organization's demands are not met.

Newsome then argued that violence, historically, was the way the black community achieved results in the United States.

Critics, such as former Milwaukee County Sheriff David Clarke, have argued that rhetoric espoused by members of the Black Lives Matter movement has fueled violence against police officers.

If so, why are speakers at Black Lives Matter protests quoting cop killers?