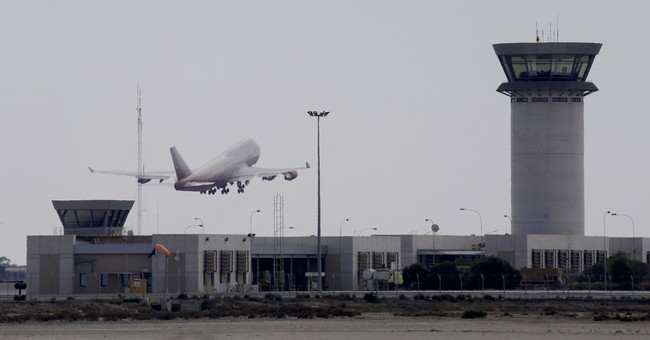 Inbound flights to New York were halted temporarily on Saturday after a Federal Aviation Administration (FAA) trainee tested positive for COVID-19. The trainee was working in the air traffic control center in Ronkonkoma, New York, and flights were rerouted during the sanitization process of the control area.

"The agency issued the ground stops after an air traffic controller tested positive for COVID-19," the FAA said in a statement. "Consistent with established FAA contingency plans to keep air traffic moving safely; we closed two controller areas for sanitizing while other areas continue to operate."

The affected control center mostly handles "high-altitude, cross-country flights," the FAA announced before halting flights around New York City and the surrounding area. The halt was lifted about 30 minutes later.

#FAA statement about an #AirTrafficController trainee in #NY who tested positive for the #COVID19. The safety of our staff and the traveling public is the FAA’s top priority. This information is preliminary and subject to change. https://t.co/Esh5rU9hcp pic.twitter.com/EczLZhQQJo

The FAA said the trainee who tested positive for the coronavirus has not been at the facility since March 17.

"Each facility across the country has a contingency plan that has been recently updated and tested," the FAA declared. "The safety of our staff and the traveling public is the FAA’s top priority."

The FAA said they are working with local officials and employee representatives to determine who the infected trainee interacted with in recent days.