Obama Inserted Himself Into Plenty of Criminal Investigations 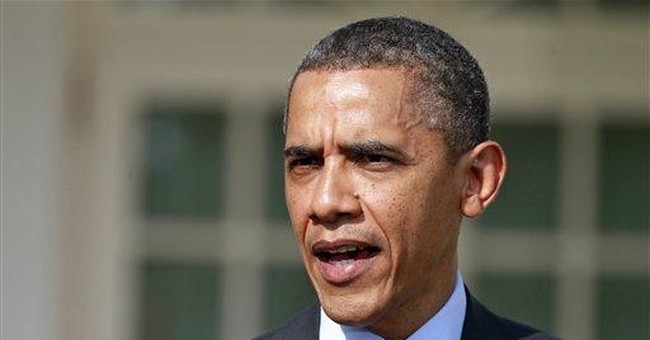 Democrats are still wailing about President Trump expressing an opinion about the sentencing of a high-profile criminal investigation into one of his longtime associates, Roger Stone. Democrats are now lecturing the country about the importance of law enforcement remaining independent from the White House and the president. As usual, you don't have to look very far to find examples of Democrats being complete and utter hypocrites on the subject.

(Via One America News Network)

In 2009, Obama faced backlash across the country after he criticized Massachusetts police for the arrest of Harvard Law professor Henry Louis Gates Jr. The former president, without a full briefing on the case, stated police had acted stupidly for arresting the black man and insinuated officers were guilty of racial profiling. He was later forced to apologize after learning the whole story.

"My hope is that, as a consequence of this event, this ends up being what I call a teachable moment," stated Obama. "All of us, instead of pumping up the volume, (should) spend a little more time listening to each other."

At a press conference in 2013, he unexpectedly weighed in on the shooting of Travyon Martin while the trial was still underway.

Unlike Obama, President Trump wasn't spouting off about some criminal case he knew nothing about and picking a side simply because he happened to share the same skin color as the person.

Later that year, Obama was caught in the crosshairs again when he stated military members convicted of sexual harassment should be dishonorably discharged.

“Not only is it a crime, not only is it shameful and disgraceful, but it also is going to make and has made the military less effective than it can be,” he said.

A U.S. Navy judge went on to rule that Obama had committed “unlawful command influence” as commander in chief. The former president’s words later caused the conviction against a marine sergeant to be dropped because the court was worried the president’s stance would sway sentencing.

Obama also downplayed former Secretary of State Hillary Clinton’s email scandal in 2015. During an interview, he said he believed Clinton’s breach of policy did not pose a national security problem. He added he “didn’t get an impression” from Clinton she was purposefully trying to hide something.

Trump has already received pushback from Attorney General Barr himself and other Republicans, including Senate Majority Leader Mitch McConnell, for spouting off about Mr. Stone's sentencing. But the typical over-the-top reaction from the left was nowhere to be found when Obama was inserting himself into criminal cases willy-nilly during the entirety of his two terms in office.