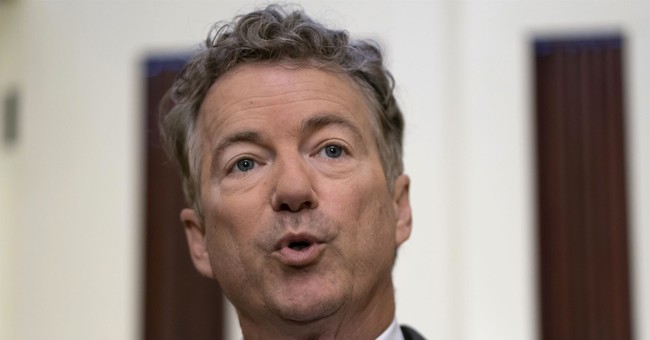 People who don't know anything about the Whistleblower Protection Act immediately began calling for Senator Rand Paul to be arrested. Even members of the media act as if a person conspiring to bring down a duly elected president by plotting with the president's political enemies, and reportedly lying about it under oath, is entitled to complete anonymity and must answer no more than zero follow-up questions about their cockamamie scheme. Sen. Paul was forced to educate such a reporter after she falsely claimed that it was illegal for anyone ever to out a whistleblower.

Congressmen familiar with the testimony of the 18th witness in the Democratic-led House impeachment inquiry have accused House Intelligence Committee Chairman Adam Schiff of attempting to bury the transcript of Intelligence Community Inspector General Michael Atkinson. According to Rep. Ratcliffe (R-TX), the transcript shows the whistleblower perjured himself about his contact with a member of Adam Schiff's staff. Maybe this is why liberals want Sen. Rand Paul thrown in jail for asking a question.