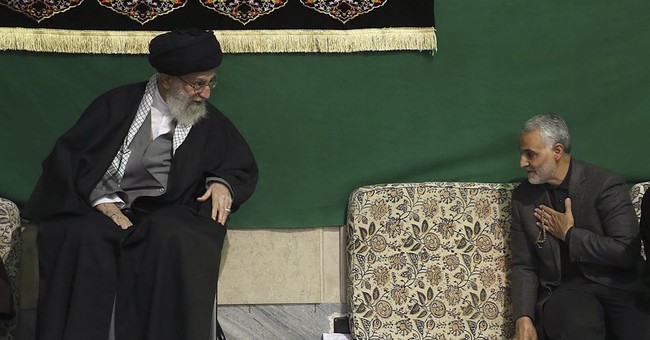 Source: Office of the Iranian Supreme Leader via A

In a series of tweets on Saturday, President Trump defended his order to take out Iranian terrorist Qasem Soleimani and issued a stern warning to Iran after the Islamic regime threatened retaliation for Soleimani's death. The world's leading state sponsor of terrorism stated earlier that it had identified 35 U.S. targets for potential retaliatory strikes.

Iran is talking very boldly about targeting certain USA assets as revenge for our ridding the world of their terrorist leader who had just killed an American, & badly wounded many others, not to mention all of the people he had killed over his lifetime, including recently....

Trump tweeted that Iran "has been nothing but problems for many years" and warned that any attacks on Americans or American assets would be responded to by retaliatory attacks on 52 Iranian sites. The president tweeted that the number 52 represents the number of Americans taken hostage during the Iranian hostage crisis.

According to the president, the 52 Iranian sites are "at a very high level" and are "important to Iran [and] the Iranian culture." In the event that Iran carries out an attack, Trump warned that the targets "and Iran itself" will be hit "[very fast and very hard]."

....targeted 52 Iranian sites (representing the 52 American hostages taken by Iran many years ago), some at a very high level & important to Iran & the Iranian culture, and those targets, and Iran itself, WILL BE HIT VERY FAST AND VERY HARD. The USA wants no more threats!

The Pentagon released a statement explaining the airstrike that killed the Iranian terrorist was conducted in order to deter future attacks Iran was planning.