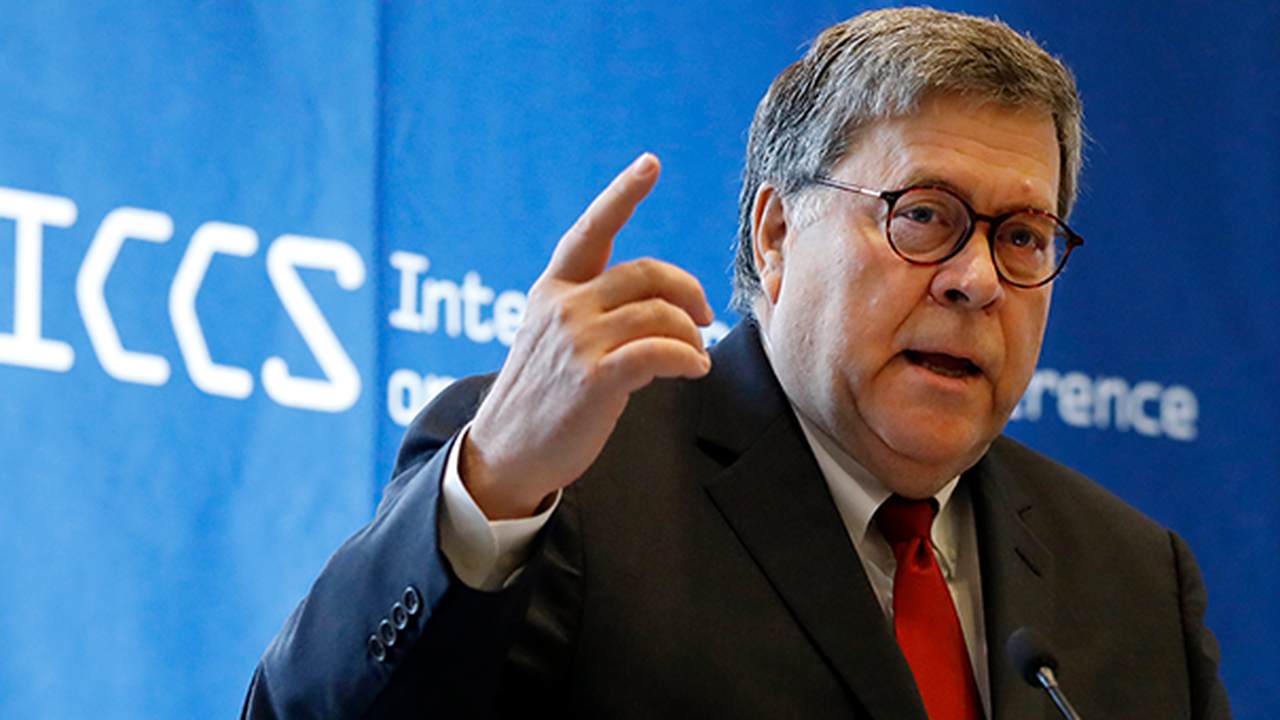 In a letter obtained by Fox News, Attorney General William Barr and acting Secretary of Homeland Security Chad Wolf warned the Chief Justices of Oregon and Washington Supreme Courts to reconsider rules adopted by their states that prohibit federal immigration authorities from arresting criminal aliens in and around state courtrooms. Such rules, the letter argues, not only violate the U.S. Constitution but jeopardize the public safety and the lives of federal officers.

The federal government relies on cooperation from state and local governments to remove criminal aliens that pose a threat to local communities. "Your States’ political branches have, we understand, adopted laws and policies that prevent cooperation with federal law enforcement in the area of immigration," the letter reads.

"Instead of permitting the safe transfer of custody of criminal aliens in a secure environment," the letter continues, "these dangerous state laws and policies force federal law enforcement officers to locate and arrest criminal aliens at-large within communities at potentially great peril to the officers and the public."

The letter cites the overriding Supremacy Clause of the U.S. Constitution, warning that state rules "will not govern the conduct of federal officers pursuant to duly enacted laws passed by Congress when those laws provide the authority to make administrative arrests of removable aliens inside the United States."

Earlier this year, a state judge in Massachusetts was charged with obstruction of justice after she instructed an ICE agent to wait outside in the lobby as she then helped an illegal alien, previously deported and charged with drug offenses and drunk driving, escape through a backdoor of the courthouse.

"Regardless of how one views our immigration laws, we should all agree that public safety should be of paramount concern," the letter concludes.

But the Left doesn't care about public safety or the lives of federal agents. Montgomery County, Maryland, has turned itself into a safe haven for convicted illegal immigrant rapists and child molesters with its radical sanctuary policies. And many other cities, counties and the state of California all similarly shelter criminal aliens from immigration authorities.

In California, two illegal immigrants were recently charged for the killing of El Dorado County Sheriff Deputy Brian Ishmael. Conspicuously absent from the slain deputy's memorial was Gov. Gavin Newsom, who's been busy pardoning illegal immigrant felons as a way of shielding the aliens from deportation.

Why are the Democrats more concerned with protecting criminals from Mexico who have no right to be here than protecting the safety of their constituents and the lives of law enforcement officers? More importantly, why are the voters okay with this?