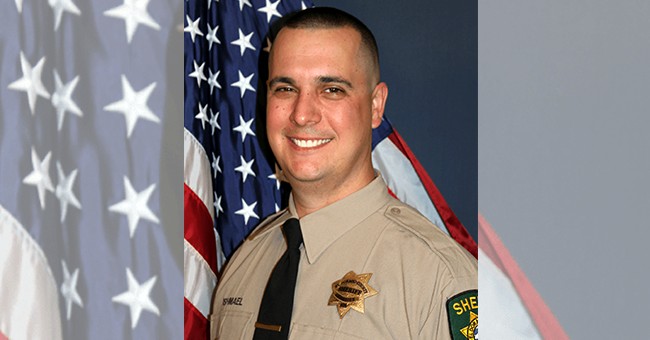 On Thursday, the Department of Justice announced federal indictments against four individuals arrested in connection with the killing of El Dorado County Sheriff Deputy Brian Ishmael. The charges handed down today relate to the illegal cultivation of marijuana and illegal discharge of a firearm, but the new indictments confirm the two suspects previously arrested for the killing of Deputy Ishmael were in the country illegally.

On October 23rd, Deputy Brian Ishmael was killed and another deputy wounded after responding to a call about stolen marijuana crops at a private residence. Deputy Ishmael was shot and killed after immediately coming under fire by an unknown number of people. The injured deputy was taken to a local hospital and released after undergoing surgery.

Juan Carlos Vasquez, who has been arrested on suspicion of murder and assault with a deadly weapon, and Ramiro Bravo Morales, who has also been charged as an accessory, were both identified as illegal aliens.

NOW: US Attorney says two Mexican nationals charged in the killing of El Dorado Co Deputy Brian Ishmael were not in the country legally @kcranews pic.twitter.com/nWQOU8hq0x

Deputy Ishmael was a four-year veteran of the Sheriff's department, a husband and a father of three.

El Dorado County Sheriff John D’Agostini says “This tragedy was due to an illegal alien tending an illegal marijuana garden who killed one of my deputies.... what happened to my Deputy was predictable.” Speaking on deficits in law that contributed to Ishmael’s death. @ABC10