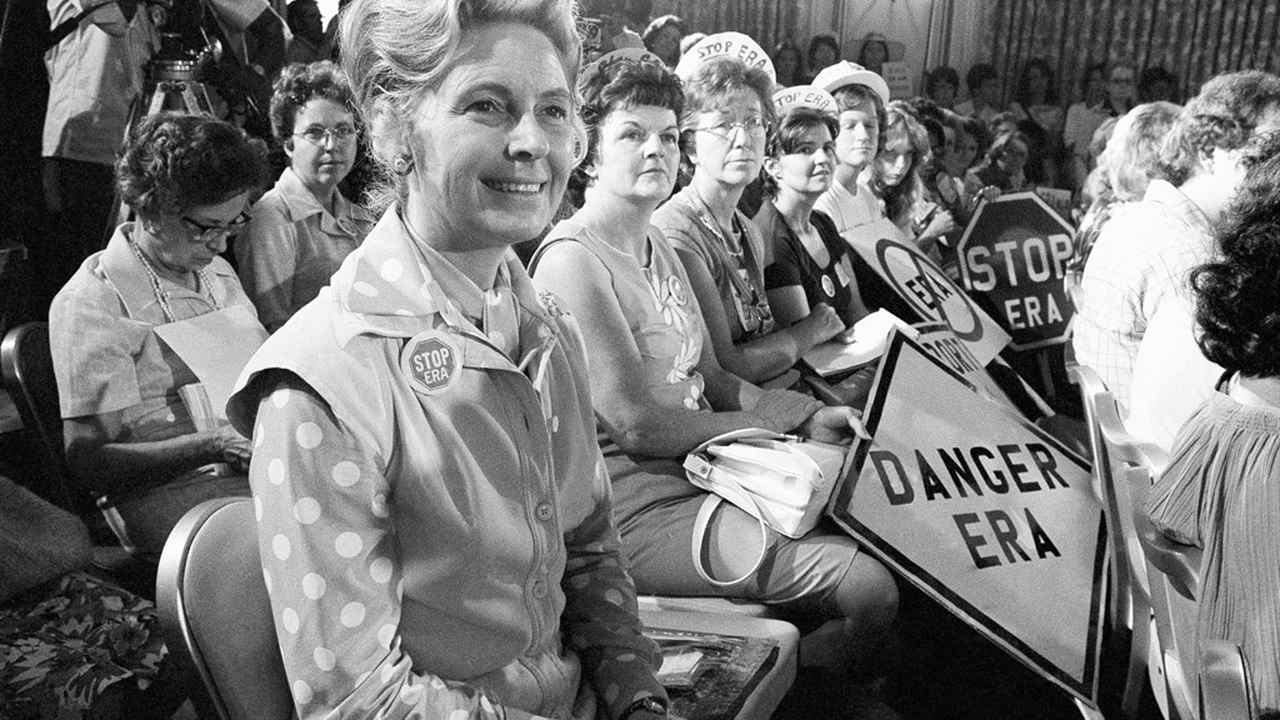 Democrats are trying to dust off the Equal Rights Amendment fossil and affix it to the Constitution. The Democrats' recent wins in Virginia have given supporters of the Equal Rights Amendment (ERA) renewed hope. Virginia could now become the 38th state to ratify the antiquated legislation, although the time limit for the ratification ended back in 1982. But liberals never quit, and House Democrats just voted to extend the ratification deadline for the constitutional amendment.

The ERA would end all legal distinctions between the sexes. Two radical female socialists wrote the Equal Rights Amendment, which was first introduced nearly a hundred years ago, in 1923. When the ERA was reintroduced in the 70s, after the "women's movement," it was quickly ratified by state legislatures, endorsed by both political parties, and supported by Presidents Nixon, Ford, and Carter. The ERA seemed unstoppable until Phyllis Schlafly organized a conservative grassroots movement that stopped it in its tracks.

Schlafly pointed out to clueless feminists that once legal distinctions between the sexes were removed, women would be drafted into the military, separate bathrooms for the sexes would become illegal (something liberals never gave up on), men could compete in women's sports (move over transgenders), and things like women's shelters would be forced to close down.

But liberals never learn. On Wednesday, the House Judiciary Committee voted to extend the ratification time for the ERA that expired back in 1982.

Today @HouseJudiciary advanced legislation to help ratify the Equal Rights Amendment! Michigan passed it in 1972 under a Republican Governor. Haven’t we waited long enough for equal protection under the law for all women?

With Democrats taking full control of the Virginia legislature tonight, the state is poised to become the 38th state to ratify the Equal Rights Amendment, which means it will finally become an official part of the US Constitution! #VirginiaVotes #VAelections

It's time to finish what we -- and generations of women -- started all those years ago. VA women will ratify the Equal Rights Amendment, and I'll be ready in Congress when they do! #ERANow https://t.co/4ITNK9eByH

.@RepJayapal on #ERA: "Equality is not debatable. We are born with it. All we are asking for is for it to be recognized." pic.twitter.com/d3aqWoM1CK

One man stands in the way of the ERA's ratification: Senate Majority Leader Mitch McConnell. The Senate would still need to vote to extend the ratification deadline for the ERA. But activists are hopeful McConnell will bring the deadline extension to a vote ahead of the 2020 elections as women voters become the focus of Republican efforts to win back Congress and hold onto the presidency.

This. If VA ratifies the ERA, the House can lift the deadline. Then it's on the Senate. McConnell could ignore it, but it's one thing to ignore a House-passed bill - it'll be several orders of magnitude different to stand in the way of the passage of the Equal Rights Amendment. https://t.co/jpXmFzXiJE

What we need now is a new Phyllis Schlafly to warn women about the real consequences of the ERA. Who's it going to be?