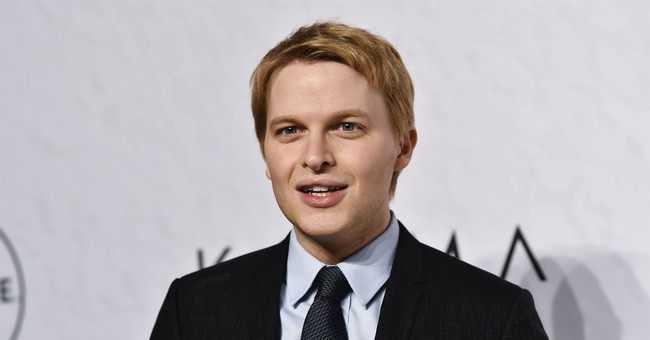 Ronan Farrow is an investigative journalist who won a Pulitzer Prize for his reporting on the sexual abuse allegations against Harvey Weinstein. Farrow's reporting on Weinstein helped launch the #MeToo movement which encouraged those with claims of sexual abuse to come forward.

Maher asked, "Could Bill Clinton, if he had done what he did in 1998, survive today or would his own party have thrown him under the bus?"

Farrow explained, "Bill Clinton is a different conversation. He has been credibly accused of rape. That is nothing to do with gray areas. That is, you know, I think the Juanita Broadderick claim has been overdue for revisiting."

Farrow also said that he is "heartened by the fact that people now routinely express outrage about Bill Clinton and particularly those more serious allegations about him."

Juanita Broaddrick claims that Bill Clinton raped her in a hotel room back in 1978 when Clinton was Arkansas attorney general. Broaddrick says she had approached Clinton about working on his 1978 gubernatorial campaign and that Clinton suggested they meet in her hotel room to avoid members of the press.

Broaddrick gave an interview to NBC News about her rape allegation against the former president, but NBC didn't air that interview until after Clinton's impeachment trial had ended.