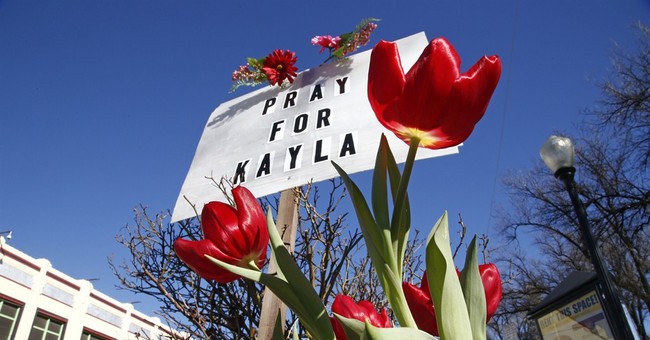 Arizona's Kayla Mueller was a humanitarian aid worker who was abducted in Syria by ISIS after she left a Doctors Without Borders hospital in 2013. It was revealed that Kayla Mueller had been raped by now-dead ISIS leader Abu Bakr al Baghdadi and tortured before her death in 2015.

On Sunday, the Muellers praised President Donald Trump and the soldiers who pulled off the mission.

"We are so grateful for them ... we are so grateful," Marsha Mueller said. They were glad there was no loss of life on our side. They are grateful their daughter and the others who were tortured and killed by ISIS have not been forgotten.

"I still say Kayla should be here, and if Obama had been as decisive as President Trump, maybe she would have been," Marsha Mueller said.

"For me what matters most I'm hoping now we will finally get the answers we have been asking for all along," Marsha Mueller said. "I think this administration truly might help us. I don’t think they are as closed about what happened."

During the Obama administration, the Muellers were told to keep their daughter's captivity a secret and threatened with prosecution if they attempted to pay a ransom.

For obvious reasons, Kayla's parents are strong supporters of President Trump. Carl, Kayla's father, has spoken at Trump rallies. The president mentioned Kayla when he announced the death of al Baghdadi on Sunday.