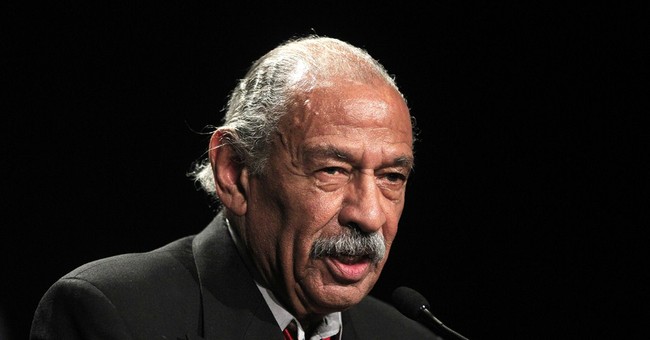 The longest-serving African-American member of Congress, John Conyers, has passed away at age 90. Supporters of the former representative from Michigan consider Conyers a civil rights hero. In 2017, House Democrats called on Conyers to resign following multiple allegations of sexual misconduct.

Dem MI Rep Dan Kildee: John Conyers was a fighter for civil rights who served the people of Detroit in Congress for over 50 years..Throughout his life, John Conyers helped to advance many important causes, including expanding voting rights and equal rights for all Americans.

A founding member of @TheBlackCaucus, he was a driving force behind making Dr. Martin Luther King, Jr.’s birthday a federal holiday. His legacy of leadership and his over 50 years of service in Congress will never be forgotten. (2/2)

Conyers was first elected to the House in 1965. He resigned from Michigan's 13th Congressional District in 2017. The seat is currently held by Rep. Rashida Tlaib.

Our Congressman forever, John Conyers, Jr. He never once wavered in fighting for jobs, justice and peace. We always knew where he stood on issues of equality and civil rights in the fight for the people. Thank you Congressman Conyers for fighting for us for over 50 years.

This is a developing story. Please check back for updates.