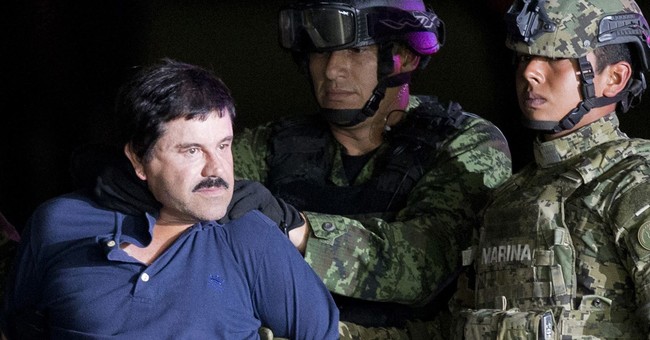 Violence has erupted in the Mexican city of Culiacan after authorities arrested the son of El Chapo, the notorious drug lord and former leader of the Sinaloa Cartel.

Cartel members were roaming the streets armed with weapons while civilians ran for cover.

(via US News and World Reports):

“State police confirmed to Reuters that several prisoners escaped from a prison during the chaos, which lasted for hours. Video footage showed a group of at least 20 people running in the streets. It was not immediately clear how many had escaped. Vehicles and a petrol station were set on fire while cartel gunmen roamed the city in trucks, at least one of which was armed with a mounted machine gun, videos posted on social media showed. Civilians hid in the aisles of a supermarket, while other ran for cover in leafy suburban streets.”

Several videos were posted on Twitter showing the violence in the city of Culiacan.

This is not Syria, it’s Sinaloa, where the arrest of El Chapo’s son Iván by Mexican authorities has unleashed mayhem in the state capital Culiacán https://t.co/e5U3S0kIpr

More of the fighting in Culiacan, Sinaloapic.twitter.com/MRjJvnLhzM

One video shows a passenger in a car armed with a rocket launcher, with the caption, “Sinaloa Cartel members arriving with Rocket Launchers in retaliation to El Chapos sons being held captive/Dead.”

Jack Posobiec asked what Beto O’Rourke’s plan would be to deal with the violence.

How exactly would @BetoORourke deal with this? pic.twitter.com/5OGSN2L9Qk

In related news, Trump held a rally in Dallas on Thursday night and told his supporters the border wall was coming along despite no help from Congress.