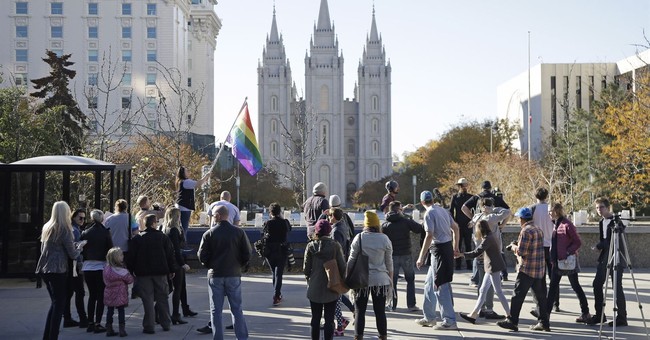 On Monday, the Denver City Council officially banned psychotherapy practices aimed at changing the sexual orientation of minors. Some refer to such practices as “gay conversion therapy.”

The ban was initially proposed by the Safety, Housing, Education and Homeless Committee, and was passed by the Council in a unanimous vote of 13-0.

Denver mayor Michael B. Hancock was in support of the ban. He issued a statement Monday night, saying, “This is a very proud moment for my administration, for members of City Council, and for everyone in Denver who values inclusion and acceptance.”

“Tonight’s vote to ban conversion therapy is our city coming together and saying with one voice that we will never allow our LGBTQ+ youth to be the targets of these dubious practices, and that we are here to support them,” Hancock stated.

“Who they are is something to be celebrated, not maligned, and Denver will always be there to lift up our youth and ensure that they have the opportunity to grow up safe, happy and healthy. I want to thank the members of City Council for their vote tonight, as well as Council members Kniech and Clark, the LGBTQ commission, and all of our partners who stood beside us to support this proposal and advocate for its passing.”

Denver is the first jurisdiction in Colorado to outlaw the practice. Similar bans have failed twice at the state level. But now that Democrats have a majority in the state senate, conversion therapy may soon be banned across the state of Colorado.

The ban appears to have widespread support in Denver. In December, Councilwoman Robin Kniech, who helped promote Monday night’s proposal, said that "When a young person begins to realize they might be gay or lesbian, or that their gender doesn't match expectations, they need love and support, particularly from trained professionals like therapists.”

“The discredited practice of trying to ‘convert’ someone's gender or sexual orientation place youth at serious risk of suicide,” added Kniech. “I'm proud Denver is joining dozens of other cities and states to prohibit this dangerous practice in our community."

And according to the mayor’s office:

“The ban, recommended by Denver’s LGTBQ Commission and submitted by the Office of Human Rights and Community Partnerships, will protect LGBTQ+ youth from dangerous and discredited practices aimed at changing their sexual orientation or gender identity or expression. This proposal is aimed at state-licensed therapists, operating their practice in the city, who are falsely claiming that being gay or transgender is a mental illness, and therefore taking advantage of parents and harming vulnerable youth.”

Gay conversion therapy is currently against the law in 14 states, and the District of Columbia. According to the American Psychological Association, the practice has “serious potential to harm young people.” Denver practitioners found to be in violation of the new ban will face fines.

But Alliance Defending Freedom (ADF) has fought to strike down such bans in the past, claiming the laws have to the potential to violate both freedom of speech and freedom of religion. Therapists have also expressed concern that the bans may“infringe on the rights of clients to seek the therapy they need or want.”

The mayor’s office is unaware of anyone currently practicing conversion therapy in either the city or county of Denver.